Home » Video News :Woman Begs Police She Is Too ‘Pretty’, ‘Thoroughbred and White’ To Be Sent To Jail

Ever wonder how you’d react if you were pulled over by the police? Would you stay quiet like you see criminals told to do by their lawyers or even try and befriend the arresting police officer.

Hopefully whatever you would try, it wouldn’t be quite this outrageous.

Because this woman from South Carolina begged police not to send her to prison because she’s a ‘pretty girl’ before going on to describe herself as a ‘thoroughbred’ and ‘white’.

The MailOnline reported that Lauren Elizabeth Cutshaw, 32, had glassy, bloodshot eyes and was slurring her words when they pulled her over in Bluffton on Saturday after spotting her speeding through a stop sign at 60 miles per hour.

A breathalyser showed her blood-alcohol level at 0.18 per cent, according to police. 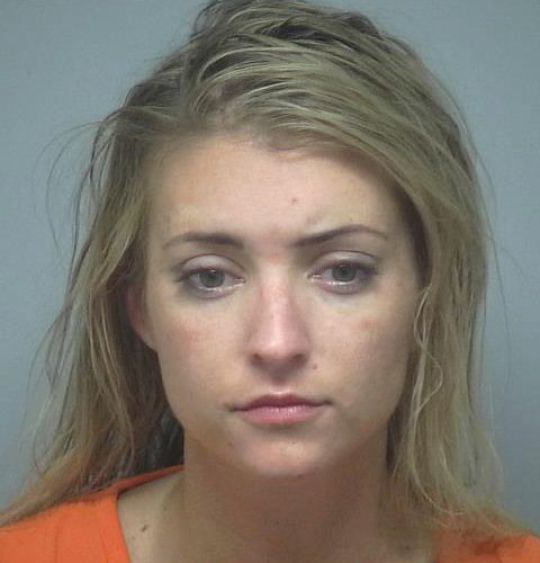 The dashcam recorded Cutshaw pleading with the officer not to send her to prison because she was a cheerleader, a dancer and a sorority girl who had graduated from a ‘high accredited university’.

She sobbed in the back of the police car: “I was an all American cheerleader. I mean, I didn’t miss a beat my whole life.

She went on to tell the officer that she had never been in trouble with the law before and that an arrest would ‘ruin her career’.

After she was taken to the police station she described herself as a ‘white thoroughbred’ and went on to say ‘I’m a white, clean girl’, the officer wrote in his arrest report. 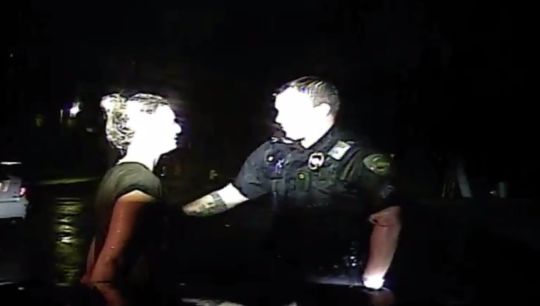 The officer said Cutshaw repeatedly said that her partner was a policeman and that she’d been trying to get to his house when she was pulled over early Saturday.

The real estate agent told the officer she has only had two glasses of wine explaining that she was celebrating her birthday.

According to the MailOnline, Cutshaw was jailed on charges including drunken driving, speeding and marijuana possession.

On her LinkedIn page, Custhaw has a Bachelor’s degree in business administration from Louisiana State University, where she was philanthropy chairman at Delta Zeta sorority.

Thrown in Dubai jail with daughter, 4,

Video news :Man Heroically Jumps Headfirst Into Moving Car To Save Driver Having A Seizure