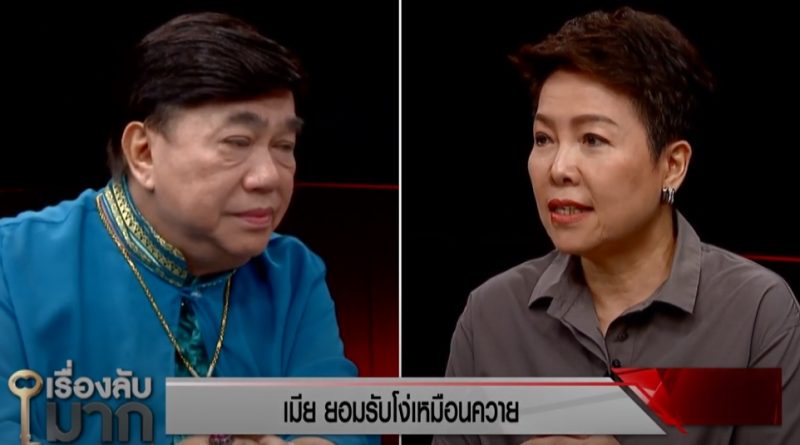 A wife had filed a complaint with the Crime Suppression Division (CSD) after transferring funds 70 times to her husband’s mistress. Pu the wife has opened up to the public on a show called “No Censor” interviewed by Dr. Saree Wongmonta. It is believed that the mistress does this professionally to other families after 4 more victims have come out with damages of 14 Million THB, 10 Million THB, and 7 Million THB. Pu tells her story through the interview.

Dr. Saree: How long have you been married?

Dr. Saree: How did your husband meet this “Amy”?

Pu the wife: She had planned this all out and knew who to get close with. My husband went to a conference in Surat Thani province. While he went on stage to sing she gave him flowers. My husband went to thank her after getting off the stage. While he went back to his table and was eating with some friends someone called him 4 times. He didn’t pick up the calls and deleted the number. The next day a woman called and asked if he was going to the airport. She then mentioned that he had helped her 10 years ago when she was in a car accident. My husband said he couldn’t remember as he had helped a lot of people in his time of work. The woman then said my husband will receive a call from a madame (Khun Nai) named Amy. Any wanted to say thank you by taking my husband to lunch.

Dr. Saree: Did she know you are rich?

Pu the wife: I am not rich, I just work hard.

Dr. Daree: Do you know Amy?

Pu the wife: Not at all.

Dr. Daree: They ended up in an affair, how did she ask for money at first?

Pu the wife: I didn’t know Amy was using my husband’s phone. He texted me saying that he felt sorry and wanted to talk after not returning home for months.

Dr. Daree: He was not home when he texted?

Pu the wife: Yes, there was no argument but he probably liked the woman. He texted and said he wanted to come home. He wanted to talk but couldn’t call and could only text. He needed some funds as he owes some people money.

Pu then revealed how he had more excuses to ask for money. She ended up transferring funds at least 70 times amounting to 14 Million THB. “I admit I am stupid, this is not all my money, that’s why I came to the CSD because I had borrowed from my friends”. Pu stated that she wanted her husband to come back so the family could be completed once more. She always believed the conversations were with the husband, but the truth was even worse. Pu has sent money to 7 different bank accounts, officials have called all of the names into an interview. 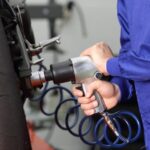 What to Look for in a Motorcycle Tires Manufacturer 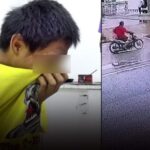 Man attacked strangers gives himself up to police in tears