A “sexy” nurse in Isaan resigned after being criticized for wearing an “overly sexy uniform,” after her photo went viral on Facebook earlier this month, drawing negative comments from netizens.

The problem is, it wasn’t her choice to wear the uniform. The uniform she was wearing is the standard uniform of all the nurses that work in that particular hospital. The only difference being, Miss Pang is a little more pleasing on the eye than the rest of them.

Ex-nurse Parichat “Pang” Chatsri, 26, gave an interview to Daily News about her personal photos that were shared on the Facebook page Thai Nurse Lovers Association. The photos quickly caused an internet drama — she was said to not only dress inappropriately but also to have disrespected the nursing profession.

“I explained to the board at the hospital, but they have high regards for the hospital’s image. I understood them, and I didn’t want it to be a big deal. So I took responsibility by resigning,” Parichat said.

“I’d like to apologize to the Thailand Nursing and Midwifery Council and the hospital. I don’t want the public to judge all nurses based on my image,” she added.

By resigning, Parichat said she he felt it was her responsibility to protect the reputation of both the hospital and the profession. 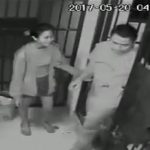 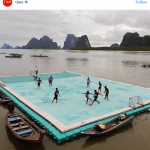