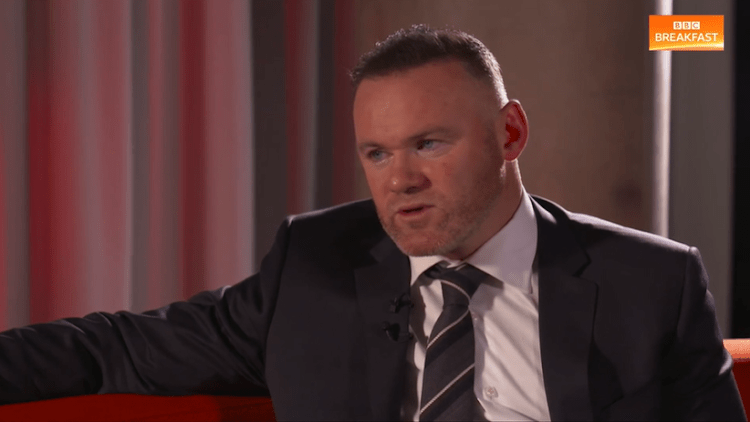 Wayne Rooney says he feared he could have died or killed someone at the lowest point of his drinking problems.

The Derby County manager and record goalscorer for both Manchester United and England was speaking to BBC Breakfast’s Sally Nugent before the release of a new documentary about his life.

He revealed the darkest places that alcohol and mental health issues have taken him to, and when asked what his biggest fear was in those moments, he replied: “Probably death.”

“I knew I needed help, to save myself but also to save my family.”

Rooney also revealed that he felt he had to keep many of his problems secret as a player.

‘Rooney’ is released on Amazon Prime Video on Friday and covers Rooney’s life from childhood until the start of his management career at Derby.

Here, BBC Sport picks out seven other key talking points from the documentary.

Fighting and drinking could have derailed career as a teenager

Rooney admits in one scene that he “wasn’t the nicest kid” as a teenager. He openly talks about getting involved in a lot of violence.

“We used to go up to Southport and fight a lot,” he says at one point, adding: “I’ve come back with my eye all stitched up. I was about 12.”

Rooney also describes going to concerts as a young teen and getting involved in trouble afterwards.

“I remember I got my jaw snapped in Manchester. I was about 13.”

In one scene, Rooney describes an embarrassing incident while he was with Everton’s academy.

“There was one day I was crossing the road with a bottle of cider. My coach Colin Harvey, he stopped to let me cross over. Next day, he pulled me in in training and said, ‘listen, you’ve got the biggest talent I’ve ever seen for anyone your age – don’t waste it’.”

Rooney was determined to be youngest Premier League goalscorer

At 16, Rooney was already a ferocious talent with the body of a man. He talks in the film about knowing he was the best player in training, even then.

It was five days before Rooney’s 17th birthday and Everton were playing Arsenal – who were on a 30-game unbeaten run at the time. Their team included names like Thierry Henry, Patrick Vieira, David Seaman and Sol Campbell.

Rooney remembers the impression of how massive they all were. Nevertheless, the teen wanted to make a mark on the game.

After coming off the bench, he says he had one thought: “If I get a chance, I’m shooting from anywhere.”

In the final minute, Campbell started backing off, Rooney saw that chance open up in front of him. He let rip with a screamer that sent Goodison Park wild.

League leaders Arsenal lost their unbeaten record and commentator Clive Tyldesley encouraged us all to “remember the name” of Wayne Rooney.

He knew he was the best in the world at 18

Rooney was England’s golden boy at the 2004 European Championship in Portugal, before a broken foot ended his – and arguably England’s – tournament against the hosts in the quarter-finals.

At just 18 years old, in the opening game, he absolutely terrified a France team boasting the likes of Henry, Zinedine Zidane and Lilian Thuram.

“Their centre-backs were scared to go near me,” he says. “They could see physically I could handle myself against them.”

At one point he floored Thuram, one of the best defenders in the world at the time, with a challenge that could well have earned a red card.

“I just banged right into him, to his jaw, and looked back at him as if to say, ‘now you know who I am’.”

France won the match 2-1, but Henry admits England “battered” his side and should have won. He says of Rooney that “you looked at him and you knew he wanted to succeed”.

“I remember thinking, ‘I’m the best player in the world’,” Rooney reflects, adding: “I believe, at that time, I was.”

Colleen says they have worked through infidelities as a family

Both Rooney and wife Colleen speak openly about his well-documented infidelities.

“I put myself in a bad place,” says Rooney, “and when there’s alcohol involved, you’re going to make bad decisions and you’re going to have to suffer the consequences. It doesn’t take away any of my love for Colleen.”

Colleen agrees that alcohol has played a negative role at times. She says at one point that it is not good for Rooney to be “unsupervised”.

She also explains, however, how the two of them have sat down and dealt with all of their issues together.

“I know people say, ‘are they just staying together to keep the family unit together?’ That was part of it, but also we still love each other. Hopefully, he’s learned and he doesn’t get himself into those horrible situations again.”

Speaking to BBC Breakfast about the importance of their relationship, Rooney added: “We have a good relationship. We’re friends obviously, as well. There’s a good balance to the relationship – especially how we are now as parents with the four children.

“There could have been times when Colleen could have walked away. But we love each other.”

Asked about his drinking now, Rooney replied: “It’s fine, I’m really in control of it. I had to be.

“As I said, I was never an alcoholic, I was more of a binge drinker, where, if I got two days off, I’d literally drink for two days and then dust myself down – eye drops, chewing gum, mouth wash – to go into work and then have to run around a pitch and train. I wasn’t giving the best version of me to my club at times.

“I’ve spoken to people. It helped. You let your feelings out. I didn’t do that – I held them in and then it builds up.”

He wanted to ‘hurt someone’ against Chelsea in 2006

In 2006, Jose Mourinho’s Chelsea were starting to challenge Manchester United’s dominance in England.

On 29 April that year, Chelsea played Manchester United at Stamford Bridge, needing only a point to secure a second successive Premier League title. They won 3-0.

Rooney did not cope well with the situation.

“I wore new boots, with longer studs because I wanted to hurt someone,” he admits. “The studs were legal, but bigger than what I’d normally wear.”

Ultimately, whether you believe in karma or not, Rooney’s decision to change his studs backfired pretty dramatically. He left the game on a stretcher, having broken three metatarsal bones in his foot. Rooney blames himself and the studs.

“If you look at it back, my front studs have got caught in the ground and my foot’s got bent forward,” he explains.

The injury very nearly ruled him out of contention for the 2006 World Cup. Rooney did everything in his power to be fit in time and managed to make the squad.

He also reveals in the film that, after coming back from the foot injury, he subsequently sustained a groin tear in England training, which he then opted not to report to physios. Rooney believes that playing through the pain hindered his performances in the competition.

“I was never right for that tournament physically. I was getting painkillers non-stop.”

The 2006 World Cup will largely be remembered by England fans for another quarter-final loss to Portugal, in which Rooney was sent off for a stamp on Ricardo Carvalho.

Following the incident, his Manchester United team-mate Cristiano Ronaldo seemed to lobby the referee to send him off.

As Rooney was dismissed, cameras picked up Ronaldo winking at his Portugal team-mates.

“I smashed a few things up in the dressing room when I went in,” Rooney reflects.

“It was the most lonely place I’ve been. I remember thinking, ‘if we go through, I miss the semi-final, potentially the final. If we go out, it’s my fault’.”

Rooney says he told Ronaldo after the incident that he had “no issue” with the way he had behaved and that they should concentrate on winning the Premier League, which they went on to do.

He believes he was right to take on Sir Alex Ferguson

In October 2010, Rooney shocked the football world by putting in a transfer request to Manchester United.

He also did the unthinkable by challenging manager Sir Alex Ferguson.

“We sold [Carlos] Tevez, then we sold Ronaldo. I was the one player left with high profile,” Rooney reflects.

“I went into Alex Ferguson’s office and I said, ‘what’s the plan here?’ His response was, ‘get out of my office’.”

Former United defenders Gary Neville and Rio Ferdinand speak in the documentary about their disappointment with the way that their team-mate handled things at the time.

However, Rooney maintains that he was right to question Ferguson’s transfer policy.

“If you look five years down the line from that meeting, Alex Ferguson knew where the club was going, he got out as quick as he could and they’re still picking up the pieces now. 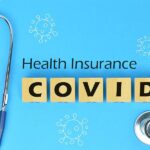 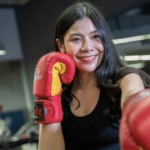