MET Police has spoken to the woman who claimed she was raped and sexually assaulted by Prince Andrew when she was just 17.

Virginia Roberts has alleged that in 2001 she was trafficked to London from the US by billionaire paedo Jeffrey Epstein and forced to have sex with Prince Andrew at his pal Ghislaine Maxwell’s home.

Officers are understood to have been in contact with Virginia Roberts, 38, a move that could pave the way for Scotland Yard to open a criminal investigation, The Sunday Times has revealed.

The Duke of York has strongly denied all the allegations made by Roberts and his team are seeking to get the case thrown out before a trial.

Robert’s allegations against the Prince have been examined by the Met on at least two previous occasions.

However, no full investigation was opened at either time claiming that the case was a matter for the authorities in the US.

The decision to now speak with Roberts comes after she filed a civil lawsuit in August accusing the duke of “rape in the first degree” after a visit to Tramp nightclub in Mayfair.

The Duke has claimed that he has had “no recollection” of ever meeting her.

After the lawsuit was filed Metropolitan Police commissioner Dame Cressida Dick announced that the Met would consider Roberts’ allegations once again.

“As a result of what’s going on, I’ve asked my team to have another look at the material,” she said.

Meanwhile, the Sun revealed how the Duke’s siblings decided nine months ago there was “no way back” for the scandal-hit royal.

Charles, Anne and Edward held a summit in January where they ruled the Duke of York should never return to public life.

A source said: “Nine months ago Charles, Anne and Edward had a meeting, a summit, and agreed there was no way back for him.”

It comes as sources close to future king Wills revealed to The Sunday Times how he thinks Andrew has an “ungracious and ungrateful” attitude to his position.

This has created public anger and is a risk and threat to the family, the sources claim.

One told The Sunday Times: “There is no way in the world he’s ever coming back, the family will never let it happen.”

Wills, 39, and dad Charles held separate talks with the Queen when Andrew stepped down from royal duty after his Newsnight interview almost two years ago.

A pal of William claimed: “He is no fan of Uncle Andrew.”

And The Sunday Times’ royal source claimed one of the “triggers” that “really gets” William is his uncle’s attitude.

They added: “Any suggestion there isn’t gratitude for the institution, anything that could lead the public to think that senior members of the family aren’t grateful for their position, (William thinks) is really dangerous.”

The Queen paying Andy’s legal fees from her Duchy of Lancaster income is also causing a backlash against the royals.

Andrew has twice bolted to Balmoral this summer to hide with his mother, and avoid US lawyers attempting to serve the lawsuit.

He even missed the birth of his granddaughter after Princess Beatrice went into labour.

Andrew’s US legal team finally accepted the case had been served on September 21 and a preliminary hearing is due to be held in New York next month.

His pal Maxwell will stand trial in New York next month accused of sex trafficking and assisting Jeffrey Epstein in the recruitment of young girls. 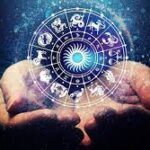 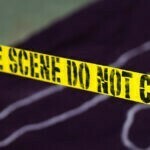