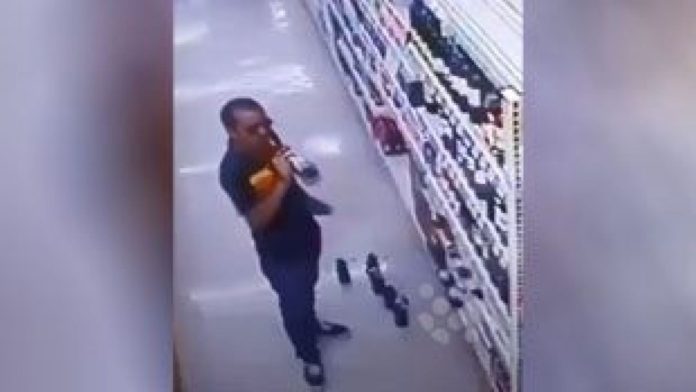 Bizarre footage shows a man opening various bottles of wine and taking a sip from each bottle at a supermarket in Thailand.

The man reportedly chose a bottle of Argentinian white wine, which he brought to the counter and purchased.

This shopper apparently has extremely particular tastes when it comes to wine.

Bizarre footage shows a man at a supermarket in Thailand opening various bottles of wine and taking sips from each bottle before settling on a purchase.

Based on the video, (scroll down) he seems to have trouble finding a bottle of wine that he likes.

The incident occurred in a grocery store in the northern part of the country in early November, Newsflare reports.

According to the store, the unidentified man drank about $60 worth of wine.

Store employees reportedly found the opened bottles lined up on the floor. After checking the security tapes, they contacted the police.

Newsflare reports that the man ultimately chose a bottle of Argentinian white wine, which he brought to the counter and purchased.

He apparently did not offer any money for the sampled bottles of wine.

It has not been reported which wines he sampled and rejected.

While this incident definitely isn’t one of the more sanitary moments in beverage history, it’s arguably not the grossest example of drinking caught on camera. 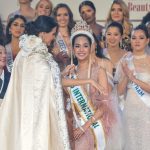