Home » Video News: Man filmed reaching out to grab a woman’s privates as she walks down the street

Police are trying to track down a man who was filmed brazenly groping a woman as she walked down a busy street. The incident happened in Washington DC’s New Hampshire Avenue on June 13, shortly after 8am. Surveillance footage shows the man in blue closing in as the woman walks out of shot before sticking out his hand to grab her genitals. The DC Police Department, who shared the assault online, have offered a $1,000 reward to anyone with information. 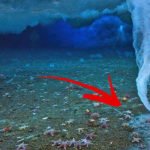 The Finger Of Death: The Terrifying Phenomenon That’s Freezing Everything In Its Way 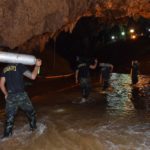