Days after City Hall destroyed the pavement in front of a five-star hotel for not being standard issue, residents are pondering whether the replacement is really an upgrade.

Netizens appear largely upset at the new City Hall-issued pavement between Soi Sukhumvit 2 and 4, which was once a uniform, black surface built by JW Marriott.

One of the city’s justifications for tearing up the pavement was installing a strip of yellow, tactile material to help the visually impaired navigate. But on a post of before-after photos posted by Thailand Footpath on Thursday night, commenter Kan Wathanasri pointed out that the tactile blocks were installed incorrectly.

“The governor and contractor still think [the yellow blocks] are used to divide lanes. But they will lead blind people from overseas to run into the electricity poles,” Kan wrote.

The original pavement was jackhammered to smithereens Monday before being replaced by standard-issue City Hall blocks. Although Bangkok Governor Aswin Kwanmuang claims that the hotel requested the city destroy the pavement, JW Marriott has refused to confirm it.

User Pakai-aek Penpinat, however, pointed out that that pavement isn’t complete yet: “If you’re going to compare before-after pics, do it when they’ve finished.” 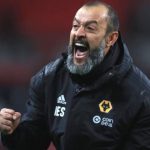 Postman helps chase away cobra from a customer’s home.