Home » The Finger Of Death: The Terrifying Phenomenon That’s Freezing Everything In Its Way 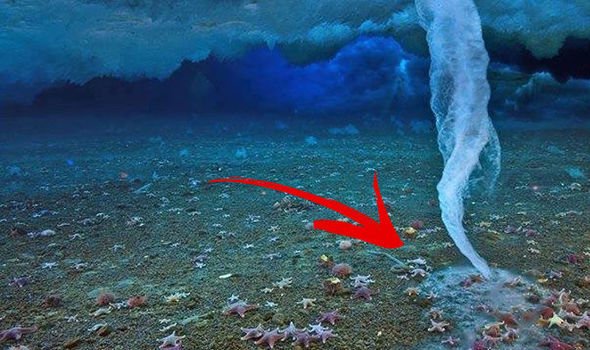 Filmed for the first time in front of the television cameras, this new natural phenomenon called “the finger of death” is simply fascinating.

Imagine a cold icy fluid is falling on you that could transform you immediately… into an ice cube. It’s almost how you could summarise the formation of a brinicle. And what’s a brinicle you ask? A brinicle is a long tapering tube of ice that forms on seabeds because of the ice cold water that exists there.

More commonly known as the phenomenon of the ‘finger of death’, it’s actually an ice stalactite that forms in shallow waters when a stream of extremely cold water pours onto polar ice caps. Its impressive formation therefore resembles a frosted column that slowly descends towards the seabed where the flows of water are incredibly cold and salty.

A true trap for all marine wildlife, this natural phenomenon threatens starfish and sea urchins in particular as they often find themselves trapped in the icicles from these huge frozen tubes. Tragically they often end up stuck there, frozen to death.

For the first time ever, a BBC film crew had the privilege of filming the formation of a brinicle in the depths of Antarctica in time-lapse, allowing us to discover just how mysterious nature can be.

Video News: Man filmed reaching out to grab a woman’s privates as she walks down the street