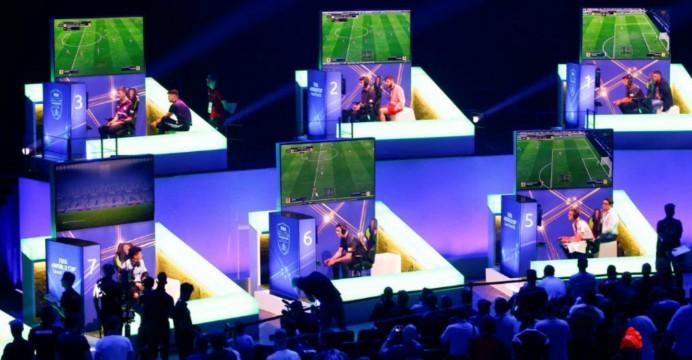 When one mentions the entertainment industry, most people would think about films and music. Many people watch the Oscars, Grammys, Golden Globes, MTV Video Music Awards, BRIT Awards, etc.

Of course, there is a lot of glitz and glamour in the film and music industries. But would you be surprised to learn that these two are not the top-grossing sectors in entertainment?

As a matter of fact, these two put together do not even match half the revenue the video game industry is earning. According to the latest figures, the video game business is now larger than both the movie and music industries combined, making it a major industry in entertainment.

This year, the global games market is estimated to generate US$152.1 billion from 2.5 billion gamers around the world. By comparison, the global box office industry was worth US$41.7 billion while global music revenues reached US$19.1 billion in 2018.

Consider the top blockbuster movie to date, Avengers: Endgame.  When it premiered on April 16, it raked in over US$858,373,000 during its opening weekend. It even surpassed last year’s Avengers: Infinity War, which generated US$678,815,482 in gross revenue.

But while these films received so much attention and hype from the general public, they failed to outperform the highest-grossing entertainment launch in history, Grand Theft Auto V’s release back in 2013, which earned US$1 billion in just over three days.

Glitz and glamour, after all, don’t directly translate to bigger profits.

The video game industry can be classified into three main categories – PC, mobile, and console gaming.

Mobile gaming, which includes smartphone and tablet gaming, is the largest segment, accounting for US$68.5 billion of the total estimated revenue this year, up by 10.2 percent from 2018.

Console gaming is estimated to generate US$47.9 billion in revenues, up 13.4 percent from last year, while PC gaming is seen earning US$35.7 billion, up 4 percent.

Mobile gaming is expected to take up 59 percent of the global video game market by 2021, while console and PC gaming will have 22 percent and 19 percent respectively.

Clearly, mobile gaming has gone a long way since its birth in 1997 when the addicting Snake was pre-installed in over 400 million Nokia phones.

Although mobile gaming was interrupted for several years when the trend switched back to what was known as the “console wars”, over the years, the development of the smartphone, coupled with advancements in the internet and connectivity, has paved the way for more exciting gaming experience with the RPG (role-playing game) and MMORPG (massively multiplayer online role-paying game) becoming more accessible to mobile phones.

The birth of e-sports

E-sports stands for “electronic sports”, a type of competition that involves the use of video games. A typical e-sports tournament takes the form of multiplayer video game competitions between teams of professional gamers. The most common genres played today are multiplayer online battle arenas, first-person shooters, battle royales, and real-time strategy games.

A few of the highest and most prestigious e-sport competitions today are Dota 2, Fortnite, Counter-Strike: Global Offensive, League of Legends, StarCraft II, and Overwatch. With its growing popularity, e-sports has raised casual gaming into a professional and competitive game of skills, strategy, and team play.

Today, being a professional gamer can be a lucrative career as numerous competitions are being organized in different parts of the world and tens of thousands to millions of dollars being given away as prizes. The prize pool for the most recent Dota 2 tournament, for example, reached over US$34 million.

Gone are the days when gaming was just an activity to pass the time. The rise of e-sports has drastically changed the picture, growing the gaming culture from a niche community to what is now a spectator sport that brings in different profit-generating channels from merchandising to live events, streaming services, online advertising, and even brand endorsements. It has become an international phenomenon, literally taking the game to the center stage with a much larger global audience.

Although e-sports is now a billion-dollar industry, not many mass media companies have been covering its growth and expansion. Nonetheless, there is no question that e-sports is largely contributing to the exponential growth of the video game industry, silently taking over the entertainment world.

Looking into the future

Gaming is no longer just a hobby, and to describe it as a niche market is an understatement. It’s a booming industry with very wide room for growth. And with continuous innovation and the launching of more game offerings, we can only envision a very bright future for the gaming industry. The rapid rise of technology will bring the industry to other realms such as cloud gaming, VR (virtual reality) gaming, and AR (augmented reality) gaming. 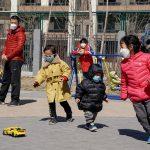 China is lifting travel restrictions and life is returning to normal 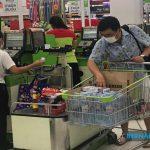