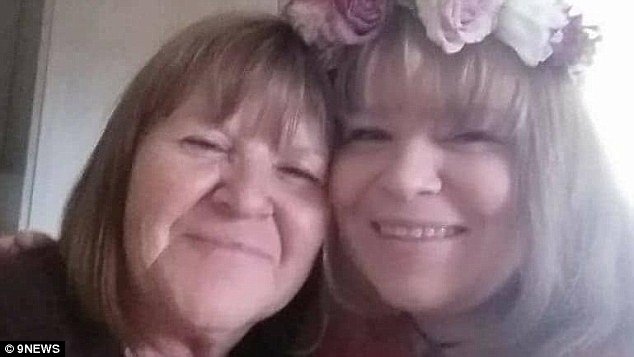 Aussie Mom: Ex-boyfriend who beat a mother to death with a brick after she gave him a $3,000 loan was drowning in debt after sending to his Thai lover

A trusting mother was beaten to death, robbed and buried by an ex-boyfriend she had lent thousands of dollar to help cover a debt owed to a Thai mistress, a court has heard.

The 57-year-old man admitted he was $25,000 in debt and desperate when he beat Ms Fraser to death with a brick, before robbing and burying her 300km from her home in March

The pair had a brief relationship in 2013 but had lost contact until Brown asked Ms Fraser for money, the Herald Sun reports.

She lent him about $3000, which he immediately sent to a Thai woman he had met online.

But when Brown reached out to meet up with her again earlier this year under the pretense of repaying her, Ms Fraser had no idea he only had $0.64 to his name.

The court heard that the pair had agreed to meet on March 9 at Ms Fraser’s home.

Brown told her he was coming to repay the money he owed her despite having no money to his name.

When Brown arrived at the residence in Rockbank, west of Melbourne, he began beating her over the head with a brick.

He grabbed a plastic bag and duct tape and suffocated her until she ‘stopped making noises’.

He then hit her with a golf club so forcefully that it snapped in half.

Brown then stowed his ex-girlfriend’s lifeless body in the back of his car and drove her to Mulwala, more than 290km away, where he buried her at a camping site.

He used her credit cards to purchase McDonald’s and tried to transfer more money to his Thai lover.

He was arrested two days later while talking to the girlfriend over FaceTime.

More than a dozen of her family and friends cried in court only metres away from Brown on Sunday morning.

Brown sat before the family with his head in his hands for most of the proceedings, which continue on Monday.

So, who was the Thai tycoon who died in Leicester City copter crash