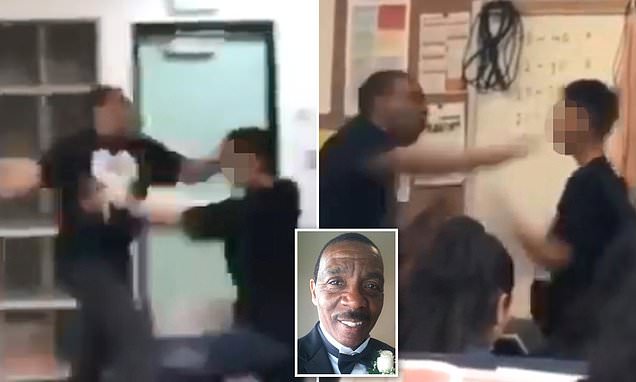 California Teacher: A Los Angeles-area school teacher was arrested and charged with child abuse for allegedly punching a student several times during a violent encounter videotaped by classmates.

Marston Riley, 64, was released Saturday from Los Angeles County Jail on $50,000 bail, according to authorities.

In cellphone video of the incident, the music instructor and the 14-year-old student appear to argue, then fight, with Riley apparently punching the student several times, driving him to the floor as classmates try to intervene.

The teen was treated at a nearby hospital for moderate injuries and released, the Los Angeles County Sheriff’s Office said.

The dispute began when Riley told the student he was not wearing the proper school uniform, witnesses told KCBS-TV.

The boy responded with racial slurs, allegedly cursing and using the N-word, the station reported. The teacher is black.

Riley’s arraignment is scheduled for Nov. 30. He has not spoken publicly about the incident.

A GoFundMe page established by a colleague has thus far raised more than $35,000 for Riley’s legal defense. 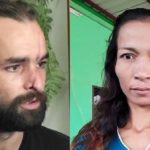