Pakistani Terrorist Arrested: A Pakistani terror suspect has been arrested in Pattaya, Thailand following eleven years on the run after escaping prison in India.

Jagtar Singh alias Tara is now likely to be extradited to India for his role as a mastermind in the assassination of former Punjab chief minister Beant Singh in 1995.

The slip that led to the fall in Bangkok, security sources said, was triggered by the 37-year-old’s desire to get married to a Thai national.

Thai police’s Lt Gen Prawut Thawornsiri told reporters in Bangkok that Tara was nabbed from the eastern province of Chon Buri on Monday after policemen raided a house owned by a Pakistani national, Ali Alat, who was also arrested, following a tip-off from India.

Both have been taken to Nong Phreu police station for interrogation. 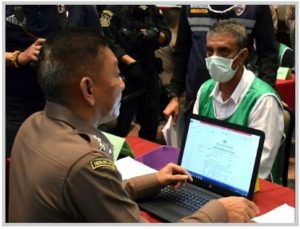 Punjab Police sources told The Indian Express that the self-styled commander of Khalistan Tigers Force (KTF) was staying with a Pakistani linked to the ISI.

Crucial information about Tara’s location was obtained through a conduit in the US, they added.

The sources said Tara had entered Thailand last June on a Pakistani passport issued in the name of Gurmeet Singh with the father’s name listed as Kaka Singh. “Both were fake,” the sources said.

Since then, they added, he was being tracked by security agencies and the IB. Tara was also allegedly found in possession of a forged Pakistani passport.

Tara had evaded security officials once earlier when police arrested his aide, Ramandeep Singh alias Goldy, from Malaysia in November.

Tara and Goldy were planning terror attacks in Punjab, the sources said.

Pointing to Tara’s alleged links to Pakistan, the police sources said he owned a number of properties in that ccountry, including farm houses.

Tara first fled to Nepal from where he entered Pakistan, the sources said.

According to Punjab Police, it will take at least 60 days to complete the extradition proceedings for Tara in Thailand.

“We will try to expedite the case. We will get him soon,” said a senior Punjab Police officer.

Tara was one of the masterminds in the assassination of Beant Singh by a suicide bomber who blew himself up outside Punjab Secretariat in Chandigarh on August 31, 1995, killing 15 others too.

At the time, Tara and his accomplices — Paramjit Singh Bheora and Jagtar Singh Hawara — were members of Babbar Khalsa.

He was arrested later but in January 2004, Tara hit the headlines again by scripting the sensational escape from Burail jail along with Bheora, Hawara and another accomplice Dev Singh.

They reportedly dug the tunnel with their bare hands from inside their cell. While Hawara and Bheora were later nabbed from Nepal, Tara and Dev Singh slipped into Pakistan, police said.

“While a Red Corner Notice was issued soon after Tara went absconding following the Burail jail break, his location was traced a couple of months ago.

That is when a provisional arrest request was issued again to Thai authorities,” said a CBI official. 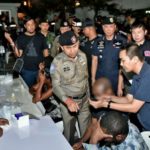 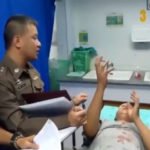