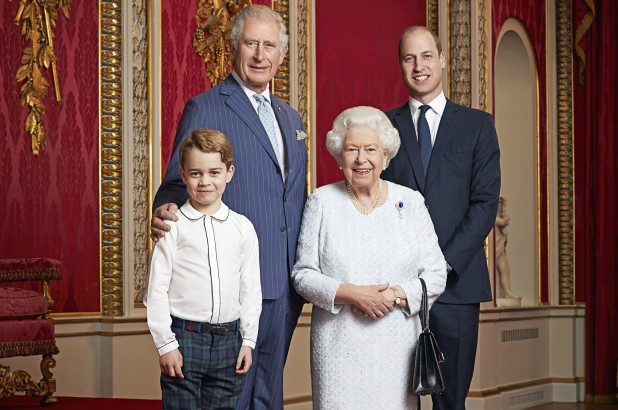 UK’s royal family is ringing in the new decade with a new family portrait.

Queen Elizabeth II was joined by her three heirs — son Prince Charles, grandson Prince William and great-grandson Prince George — in the Throne Room at Buckingham Palace for the photo, released on Friday to celebrate the start of 2020.

“To mark the start of a new decade, a portrait has been released of Her Majesty The Queen and Their Royal Highnesses The Prince of Wales, The Duke of Cambridge and Prince George,” read a statement from the royal family posted on its official social media accounts.

In the image, the 93-year-old monarch stands in front of her family in a white dress with a blue brooch, clutching a handbag.

Charles, 71, stands on a step to her left in a pinstripe suit, his arm resting on the shoulder of six-year-old George, who is dressed in green and navy tartan pants.

To the right of the queen stands William, 37, in a navy suit, his hands clasped together.

The portrait was shot by photographer Ranald Mackechnie on Dec. 18, just before the queen’s annual Christmas luncheon at the palace, according to People magazine.

That was the same day the four generation of royals were photographed preparing Christmas pudding.

Mackechnie also shot the only other portrait showing the members of the royal line of succession, which was released in April 2016, to mark the queen’s 90th birthday. 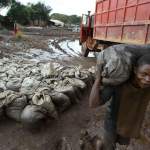 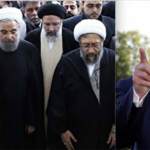