A Thai court has sentenced a French man and his Thai girlfriend to 29 years in jail for the brutal murder of an Italian expat in rural Thailand.

As a result of their admission, their sentences were automatically reduced to 14 years each, a source close to the case told Thaivisa on Wednesday.

De Stefani, whose dismembered and charred remains were found in a forest in Phichit province was the ex boyfriend of Rujira, with the pair involved in a turbulent, deceitful and at times violent relationship.

In a hearing which is believed to have taken place on October 31, neighbours told the court how they had witnessed de Stefani being violent towards and even threatening to kill Rujira and her two children which she had from a previous marriage to a Thai man.

Rujira had then started a relationship with Rigaux, which de Stefani became aware of, even offering the Frenchman 100,000 baht to stay away from his girlfriend, but Rigaux failed to comply.

However, de Stefani believed that Rujira was only in a relationship with him for money. When searching their home in Phichit, police found a letter which they believe was written by de Stefani to Rujira which read: “You told me that you loved me only because you wanted money. I have never met a bad person like you before.”

Before the murder of the Italian, Rigaux, Rujira and de Stefani had travelled to a forest in Phitchit’s Bueng Nara district by car.

Police said the trio had stopped in a wooded area where a discussion about the issue escalated into a fight.

Earlier this year, Thaivisa’s French site was told how Rujira was a constant influence over Rigaux, who had sneaked into Thailand despite already being blacklisted.

During an argument in 2017, Rujira violently attacked Rigaux slashing him across the face, leaving a scar from the top of his forehead to the bottom of his nose.

Despite the attack, Rigaux remained romantically involved Rujira up until the pair were arrested.

Police found Rujira hiding up a longan tree in a plantation in Tak province on January 29, while Rigaux was apprehended in woodland nearby the previous day. 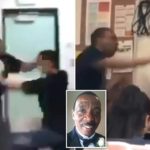 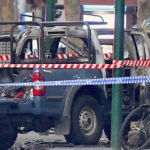