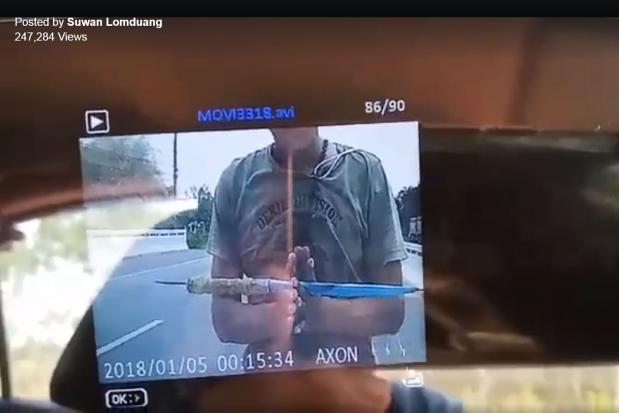 Beggar attacks family with a long-knife

A motorist travelling with his family, including two young children, was saved by their car as a beggar jumped on their vehicle and repeatedly hit it with a long knife on Sunday afternoon.

Suwan Lomduang on Sunday posted a video recording of the incident (see below) on his Facebook page, writing that his family was travelling on Highway 22 in tambon Khor Tai of Sawang Daen Din district when they saw a man running in the middle of the highway and trying to stop passing vehicles.

“Unfortunately he ran in front of my car and I had to stop… He suddenly jumped onto the bonnet, drew a long knife and tried to smash the windshield with it,” Mr Suwan wrote.

He tried to swerve and brake to shake the man off, he wrote, but was constrained by other vehicles driving beside and behind him. 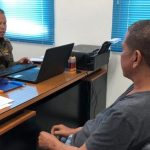 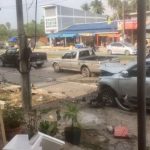