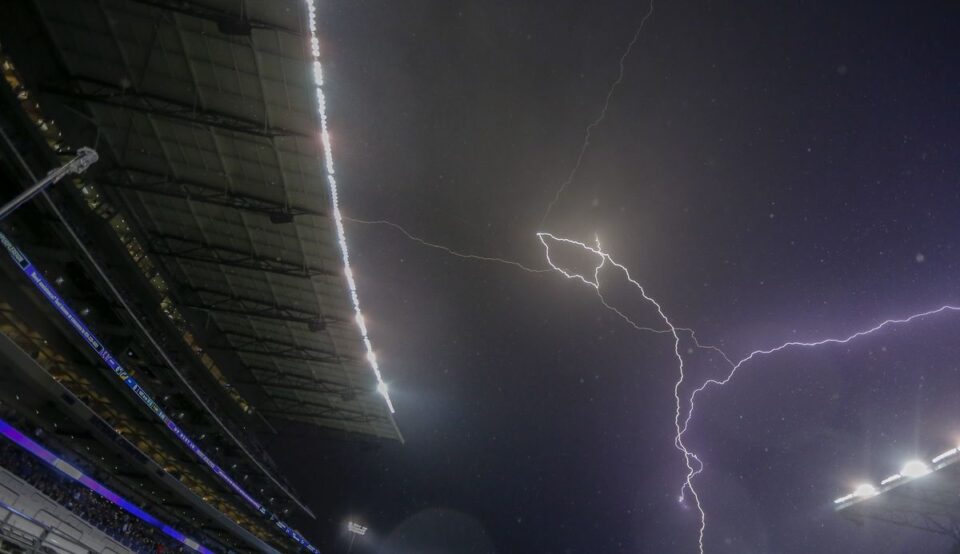 A 12-year-old boy was killed and five others injured by a thunderbolt while playing football after school in Khian Sa district on Tuesday.

The lightning struck about 6.20pm at the football pitch in front of the Khian Sa district office.

One of the boys said heavy rain had interrupted their game and they sought shelter. After it stopped they returned to the field. There were two sudden claps of thunder and a lightning bolt struck in the middle of the football pitch.

Six boys were injured. They were rushed to Surat Thani Hospital.

Krisnapol Chansri, 12, a Mathayomsueksa 1 student at Yaowares School, was pronounced dead on arrival at the hospital. The five other boys, aged 13-16, were admitted for treatment.

Provincial governor Wichwut Jinto and his deputy Suthipong Klai-udom visited the injured boys at the hospital.

The father, seated left, of the 12-year-old boy killed by a thunderbolt is consoled by friends, at Surat Thani Hospital. (Photo: Supapong Chaolan) 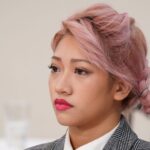 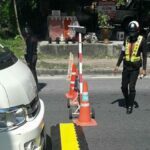