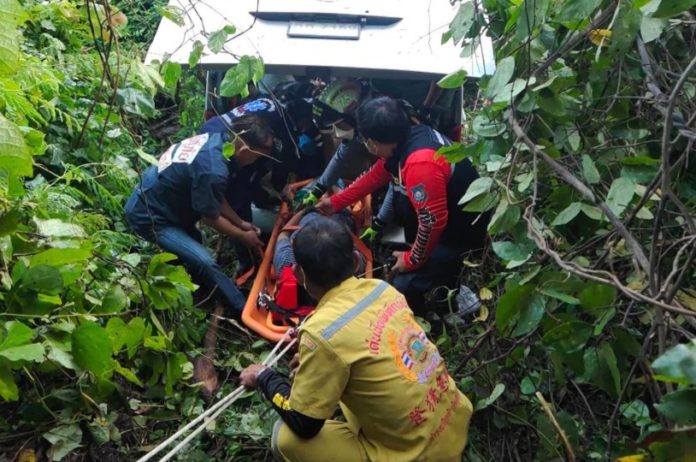 In northern Thailand’s Phrae province, a passenger van plunged 30 meters into a ravine, injuring ten people, seven of them seriously.

The passenger van was travelling from Phichit to Chiang Mai when it veered off the road while going downhill and plunged into the ravine in tambon Mae Pan of Long district in Phrae at approximately 5 am.

When rescue personnel arrived at the accident scene, they discovered that the passenger had crashed through a concrete barrier.

The Rescuers used a rope to descend approximately 30 meters into the ravine, where they discovered a damaged Toyota passenger van in a thicket of trees.

Ten injured people were inside the passenger van. It took more than an hour for rescue teams to move them from the ravine to the road.

Seven passengers were seriously injured, while the remaining three, including the driver, suffered only minor injuries.

The 43-year-old injured driver told police that it was not raining when the accident occurred, but the road was slick.

He lost control of the van at the curve, causing him to crash into the cement barrier and careen into the ravine.

One of the injured passengers stated that his family had rented the passenger van for a trip to Chiang Mai in the Saphan Hin district of Phichit.

They left the neighbourhood around 11 p.m. He added that there was no precipitation as they drove through Phrae, but the road was slick 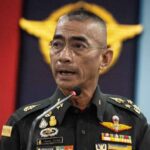 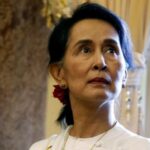