Thailand and the United States hosted the opening ceremony for the annual Cobra Gold military exercise, the biggest activity of its kind in the Asia-Pacific region with 29 nations taking part as participants or observers.

There are three major components of the exercise, which ends on 22 February: military field training, humanitarian assistance and disaster relief training. Its goals include “enhancing maritime security, preventing and mitigating emerging disease threats, and responding to large-scale natural disasters”, a US statement said.

US Marines and other international troops lined up on Tuesday to take part in the annual event’s tradition of drinking blood from decapitated cobras, which is thought to contain health benefits for humans brave enough to consume it.

“We do have that potential of being separated especially in jungle this thick and being able to sustain ourselves is crucial, so yes, it’s very beneficial and necessary,“ a US Marine identified as Sergeant Griffin told Human Media.

Seven nations in addition to Thailand and the United States are active participants: Singapore, Japan, China, India, Indonesia, Malaysia and South Korea. About 4,500 US personnel, on land and sea, are taking part.

The acting head of the US diplomatic mission in Thailand, Peter Haymond, said at the ceremony in the northern Thai province of Phitsanulok that the aim of the exercise, first held in 1982, is to strengthen cooperation and inter-operability.

The ceremony was attended by Thai chief of defence forces General Pornpipat Benyasri and the commander of the US Army First Corps, Lieutenant General Gary J Volesky, representing the US Indo-Pacific Command.

Reality TV show ‘snake whisperer’ dies after being bitten by cobra
“We have witnessed that this Thai-American initiative has become a significant milestone of military collaboration that has expanded to the regional level,” a statement issued by the exercise quoted Mr Benyasri as saying.

“I believe that not only has Cobra Gold served as a platform for understanding and working together in the region, but has now become beneficial for our other strategic partners,” the statement continued. 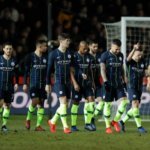