Cocaine Worth $87Million: Cocaine worth a whopping $87 million (£66.2m) has been seized by the US Coast Guard, it’s been reported.

In total, US Coast Guard crews intercepted eight boats attempting to smuggle drugs into the US, carrying a total of 11 tons of cocaine.

Captain Stephen V. Burdain, commanding officer on Active – a cutter involved in the operation – told KTVZ: “I have been continuously impressed with the drive, skill, pride and camaraderie that exists aboard Active.

Think you have a stressful job? @uscoastguard crews work tirelessly around the world 24/7 to keep us safe. Check out this #USCG video of #Stratton boarding teams interdicting suspected drug smugglers in international waters off the coasts of Mexico, South and Central america. pic.twitter.com/J77nZdfTB1

“This crew has pushed each other to gain qualifications and proficiency, they have met uncertainty with a resolve to persevere, and they have safely overcome numerous equipment casualties to remain in the fight and achieve success during our counter-narcotics mission. I’m proud to be part of Active’s crew and look forward to Active’s continued success in the future.”

The ships involved in the seizure are now docked at Port Angeles after taking part in the 50-day deployment, which saw multiple law enforcement agencies heading out to international waters.

The US Coast Guard regularly intercepts boats trying to bring drugs into the country, so is fairly used to coming face-to-face with criminals and smugglers.

However, late last year, the organisation caught an unusual would-be perp in the form of a little turtle, who was found with 800kg of cocaine.

It’s thought the poor little bugger had somehow become tangled in rope which was amongst the 26 packages of the drugs – at least that’s the story he told cops, anyway.

Commander Jose Diaz said: “There were some marks on his neck, so he may have been there a day or two.”

A spokesperson from the US Coast Guard said: “While on patrol Nov. 19, the cutter launched its Over the Horizon small boat to investigate a debris field. The boat crew discovered a large sea turtle entangled in multiple bales of suspected contraband.

“Coast Guard Ens. Mark Krebs, the pursuit mission commander, said that as his team arrived on scene with the jettison field, they immediately noticed the entangled sea turtle. They saw significant chaffing from the lines on his neck and flippers. They briefed the commanding officer and went to work, carefully cutting the lines wrapped around the sea turtle and then eventually freeing him.

“The boat crew recovered over 75 feet of line to prevent further entanglement of sea life and returned to the law enforcement mission recovering over 1,800 pounds of cocaine valued at over $53m from international waters.” 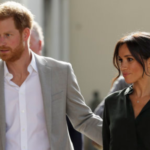 School Slammed By Parents Over ‘Inappropriate’ Award For ‘Best Bum’