School Slammed: School might be a distant memory, but it’s odds-on you’ll remember exactly what happened at the end of term. Once exams are out of the way, it’s time for chilling out, having a laugh and reminiscing. DVDs at the ready – there’ll be no more learning today.

And that only goes up a level once you complete GCSEs or A-levels – then it’s time for the yearbooks, or maybe even prom night ‘awards’. You’d desperately hope to win ‘most likely to become a millionaire’, because it was almost certainly going to happen if your peers thought it would… although here I am now, still not a millionaire in any way, shape or form. Bah!

But would you get as excited about the ‘best bum’ award? Or ‘flirtiest’? Sitting there right now, you might be thinking: “In fairness, I probably would.” But what about your own kid? You’d be horrified, right? Well, that’s exactly what happened at Highfields School in Derbyshire. 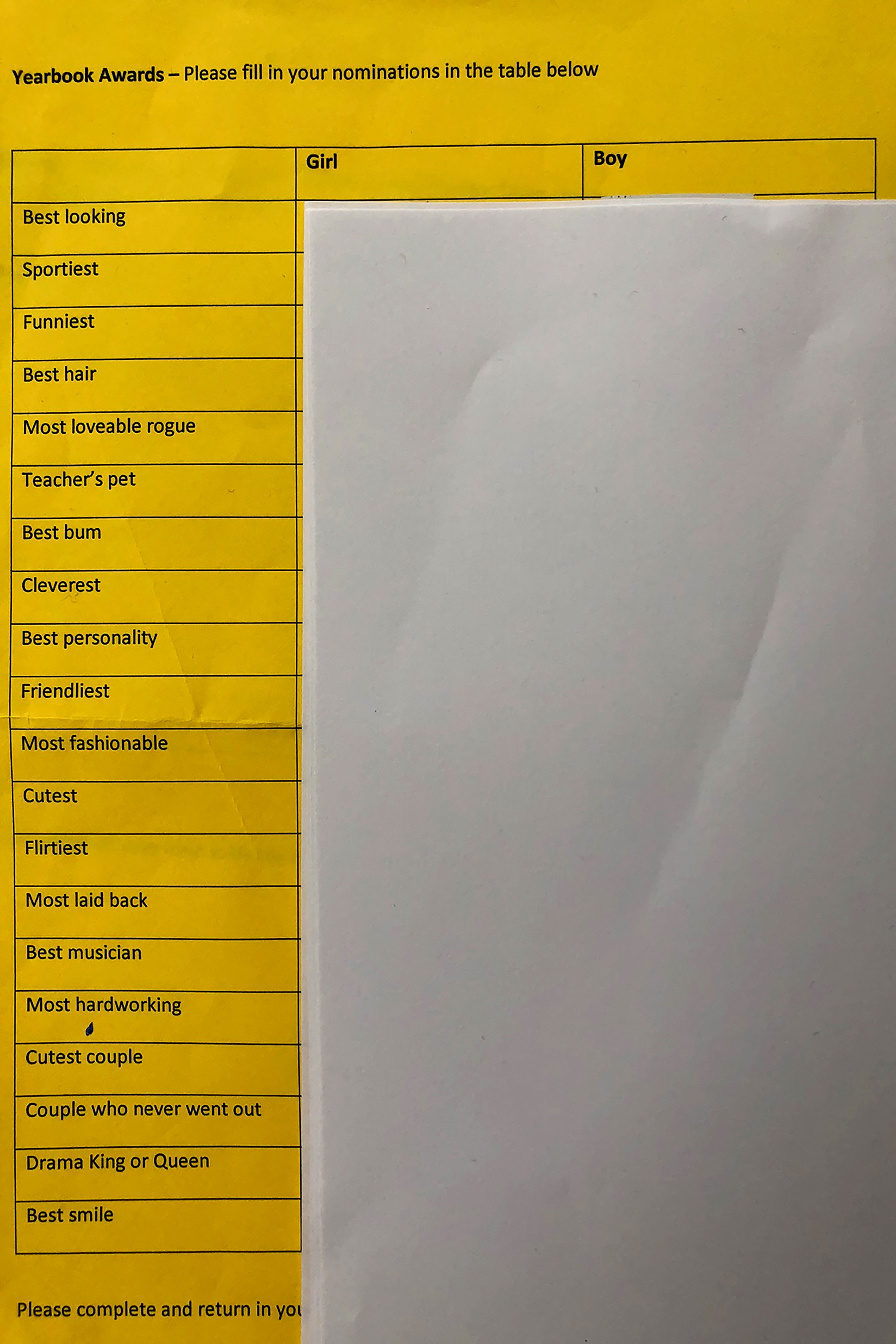 Worried parents have criticised the high school after they encouraged students aged 15 to 16 to choose who among their peers should be given the awards, deemed ‘disgusting’ by some.

Parents have slammed the voting forms, branding them ‘bullying’, and have called on the school to ditch the awards, designed for inclusion in a yearbook.

Highfields School have now suspended nominations for the yearbook ‘until further notice’.

Mum-of-three Jane Gretton, whose youngest daughter, 15-year-old Bella, attends the school, said: “The form was handed out a week ago and I knew nothing about it until I noticed it had been left on the chair at home.

“It’s just another thing for children to be bullied by and children at that age are vulnerable enough – it encourages social hang-ups.

“It’s a very American idea, based around sexism and popularity that is encouraged by fraternities and proms. Here in the UK we are a lot more inclusive of different people and this is completely the wrong message.

“The awards are completely inappropriate and sexualise the children. It’s judging people on looks and comparing them to others, which could affect them for the rest of their lives, as they grow older.” 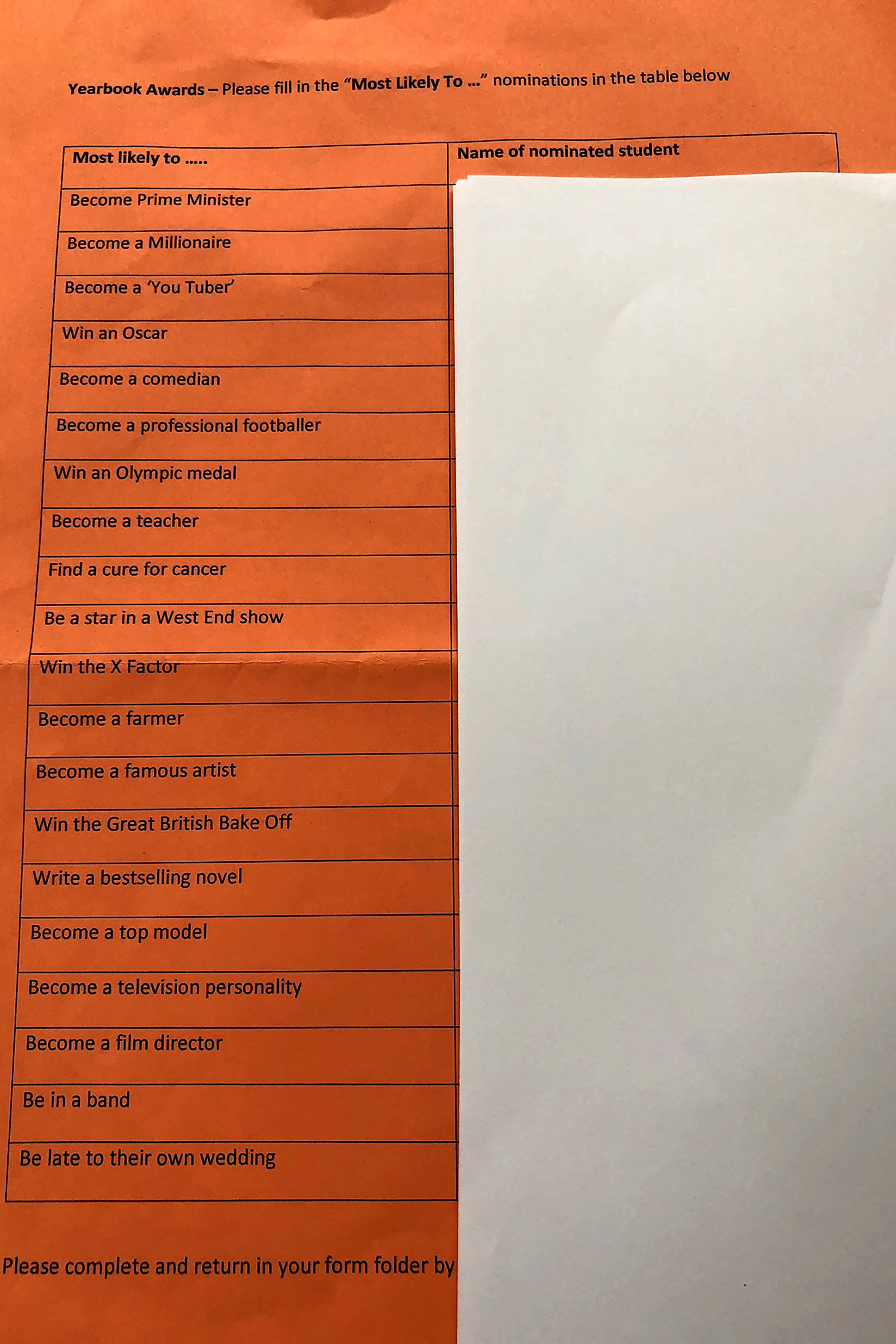 Jane’s two older children, 20-year-old Allistar and 18-year-old Scarlett, also attended the school but the mum, who owns an antique centre, said she had only seen the nomination form for the first time on Wednesday evening.

Both Jane, 52, and her husband Paul, 50, were outraged by the sheet, which students were asked to fill in before the votes were put forward to a panel of students.

Jane claims the student panel, reportedly selected by their peers based on popularity, have the final say on who takes each award. 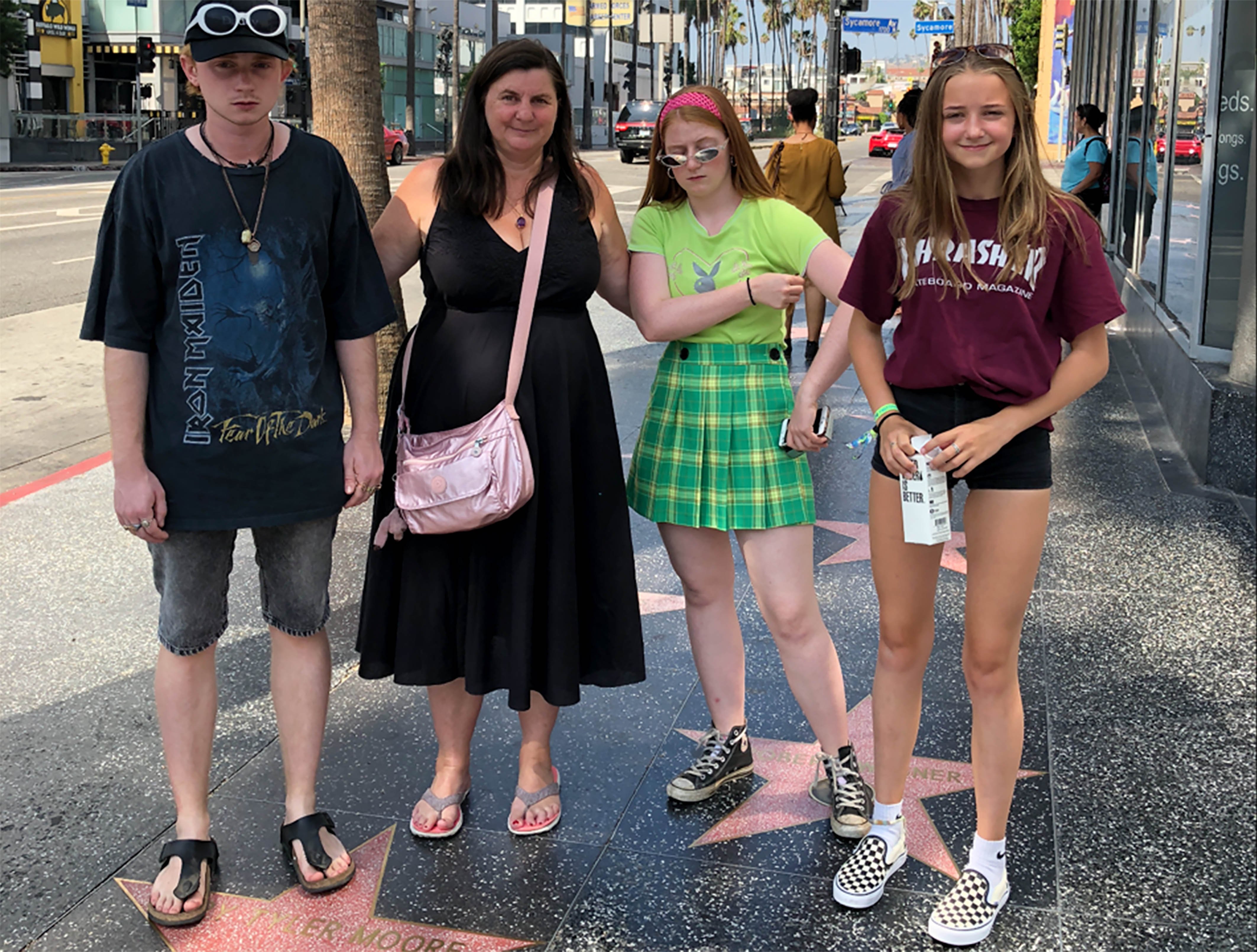 The couple sent an email to the school to raise the issue and were unaware that the awards had been in place for a number of years.

Jane claims that in response, headteacher Andrew Marsh told her he was new to the school and was not aware of the yearbook nominations.

Jane said: “This is a message that should be shared across the UK so other school do the same and remove the awards. We should be encouraging our children to be who they are, strong and independent.

“My other children did so well at the school and in this situation the school has handled everything correctly when the issue was raised. I just hope other schools follow suit.”

An email from the headteacher said that the book would ‘not go ahead in its current format’. 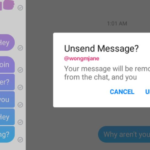 Facebook Is Testing A New Feature Where Messages Can Be Unsent