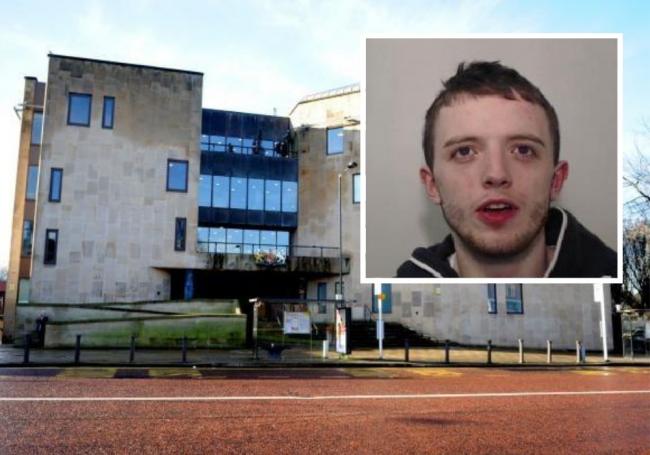 A MAN went on the run to Thailand after falsely claiming his pregnant girlfriend had crashed his aunt’s car.

Samuel Lowe was on the run for 13 months before justice caught up with him.

Bolton Crown Court, was told that his girlfriend Damar Neild, who was accused of aggravated vehicle taking and appeared in court before charges were dropped against her, has forgiven him and the pair are back together.

Andrea Lock, prosecuting, told how Lowe and Miss Nield, who was pregnant with their first child, were staying with relatives when she became concerned about the baby and wanted to go to hospital on October 8, 2017.

“Unfortunately during that journey a collision occurred between him and a vehicle which was emerging from a side road,” said Miss Lock.

After colliding with the Renault van in Beverley Road, Haeton, the Sandera ricocheted into a parked Peugeot 108.

Both Lowe, aged 27, and 21-year-old Miss Nield were charged with aggravated vehicle taking but Lowe claimed to police that his girlfriend had been driving.

The case against her was finally dropped when it came before magistrates for trial almost a year later.

Lowe was additionally charged with perverting the course of justice but fled the country and was arrested in July.

“He recognises the damage he caused for his partner. He is lucky that she has forgiven him,” said Miss Hackett, who added that the couple now have two children and he has not committed any further offences.

She said that Lowe. of Torrington Avenue, Halliwell, had “panicked” and fled the country whilst on bail and “buried his head in the sand” rather than handing himself in.

“He has learnt his lesson,” she said. “He accepts he should have put matters right much earlier.”

The court heard that Lowe had gone to stay with a sick relative who was living in Thailand and has since died.

Lowe, who is now serving a six week jail sentence for going on the run, also pleaded guilty to perverting the course of justice and having no insurance.

Judge Timothy Stead sentenced him to a further eight months in jail, to run concurrently with the jail term he is already serving.

He told Lowe, who appeared in court via a prison video link: “You were driving a car, there was a collision and you chose to blame your girlfriend.

“You made a statement to the effect that she was driving and that was the cause of her being charged with offences.

“It was only when the matter came before the court for trial that the truth was discovered and she wasn’t, in fact, convicted.

“As it happens, she seems to be forgiving of you.”

The court heard that Ms Hodgkiss did not support the prosecution and the aggravated vehicle taking offence was not being pursued. 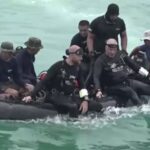 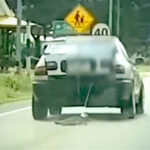 Horrifying scene as owner ‘forgets’ dog is tied to car