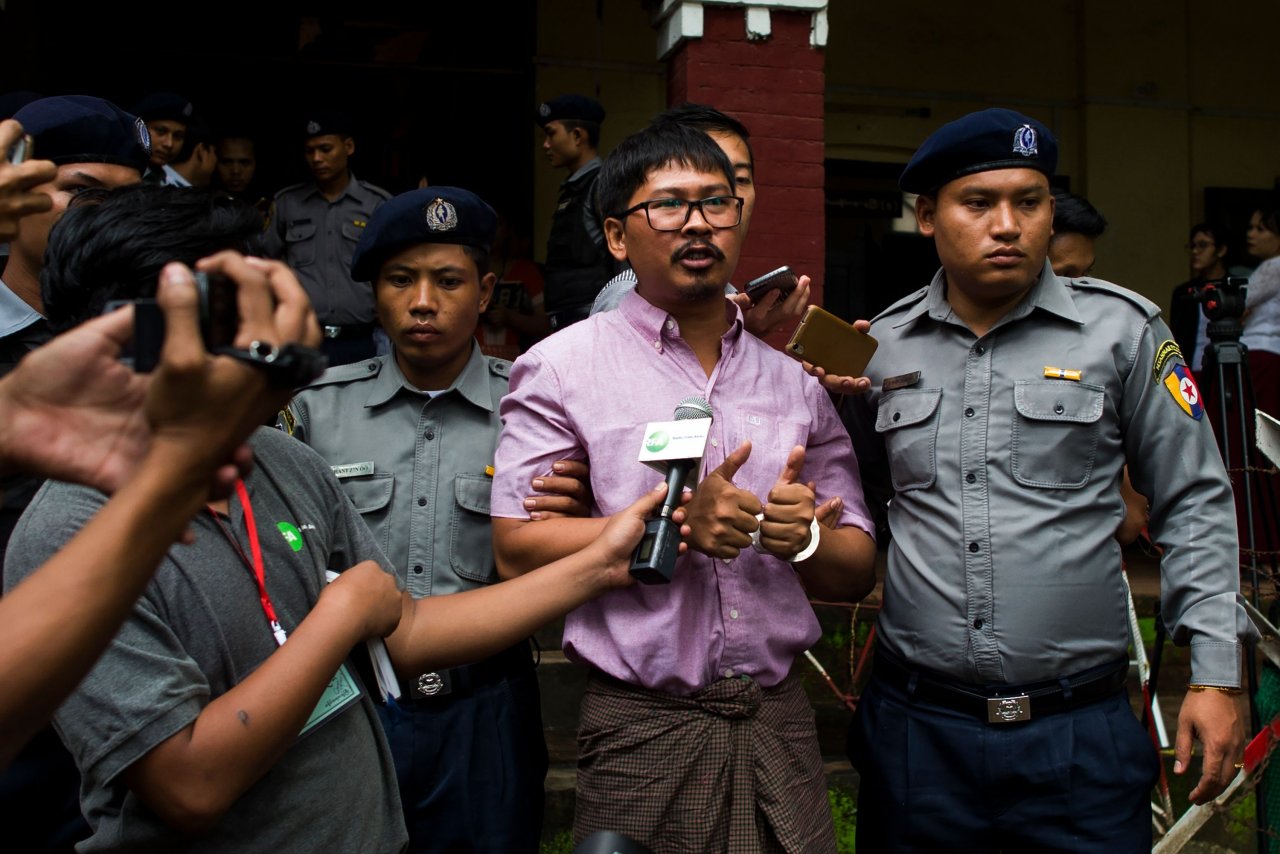 Two Reuters reporters accused of breaking Myanmar’s draconian secrecy law during their reporting of the Rohingya crisis must face trial, a judge ruled Monday, for an offence that carries up to 14 years in jail.

The pair have been held in custody for nearly seven months for pre-trial hearings.

Reuters says they were simply doing their job by reporting on a massacre of Rohingya Muslims, and had urged the court to dismiss the case.

But the judge decided there was enough evidence of “collecting evidence” from state officials to proceed the case to trial.

The Myanmar nationals were arrested in December and accused of possession of leaked sensitive material linked to security operations in crisis-hit Rakhine state.

The allegations against them have been lambasted by rights groups and foreign observers as an assault on media freedom and an effort to stifle reporting on the Rohingya crisis.

During pre-trial hearings the prosecution argued the reporters tried to access “secret papers” and therefore deserved punishment under the British colonial-era secrecy law.

The reporters say they were entrapped by police — a version of events seemingly backed up in court by a whistleblowing cop who testified that officers were ordered to set up the reporters.

The pair had been investigating a massacre of 10 Rohingya Muslims at Inn Din village in Rakhine state during last year’s military-led crackdown on Rohingya militants.

Wa Lone, who has issued a defiant “thumbs up” to waiting journalists at each court appearance, vowed to fight the case.

“We have the right to a defence. The court did not decide we are guilty,” he said after the ruling.

“We revealed the case by investigating according to journalistic ethics. We are not giving up.”

Army operations in August 2017 forced more than 700,000 Rohingya, who are denied citizenship in Myanmar, to flee to Bangladesh.