Home » Update: The Harsh Punishments for Drug Use in SE Asia

Southeast Asia’s governments impose the toughest drug laws on the planet. You can’t blame them – the legendary “Golden Triangle”, a patch of real estate bordering Thailand, Laos, and Myanmar, is smack in the heart of the region and is a world hotspot of narcotics production.

In spite of such draconian measures, certain places are flush with illegal drugs. However, you should still defer to local laws when offered a chance to indulge – your status as a foreigner does not make you less likely to be punished for drug use, quite the opposite!

The following visitors to Southeast Asia fought the law, and the law won – with often terminal results to the lawbreakers.

Southeast Asian countries have strict laws in place for drug-related offenses and aren’t afraid to use them.

The region’s diplomats aren’t afraid to ignore appeals for clemency from Western governments, if any are made at all.

Americans under arrest on drug-related charges pose a dilemma for the State Department – the U.S. government may jeopardize its own war on drugs if it intercedes in such cases.

The pertinent laws and penalties for each country are listed in brief below.

The death penalty was abolished in Cambodia, but the Law on the Control of Drugs bodes ill for those caught with controlled substances, at least on paper. Cambodia’s laws prescribe punishment ranging from 5 years to life in prison, but law enforcement is lax.

Marijuana consumption is part of the local cultural fabric; hard drugs are easier to come by compared to the rest of the region, but the law will come down hard on you if you’re caught smuggling the stuff across national borders. (More information in this interview with an expat in Cambodia – Drugs in Cambodia – “Pot Prohibition Never Really Caught On”.

Indonesian drug laws prescribe the death penalty for narcotics trafficking and up 20 years in prison for marijuana offenses. Simple possession of Group 1 drugs results in prison terms of four to twelve years. More on Indonesia’s drug laws here: Drug Laws in Bali and the Rest of Indonesia.

The Criminal Code of Laos penalizes possession of narcotics under Article 135. A recent revision of the code raised the maximum penalty for drug offenses – from 10 years’ imprisonment, the law now calls for death by firing squad for those found guilty of possessing more than 500 grams of heroin.

Laos is part of the “Golden Triangle” of opium poppy production in Southeast Asia, and business shows no sign of slowing down – according to a new UN Office on Drugs and Crime report, “opium poppy cultivation in Myanmar and Lao PDR rose to 63,800 hectares in 2014 compared to 61,200 ha in 2013, increasing for the eighth consecutive year and nearly triple the amount harvested in 2006.”

Malaysia‘s own drug laws rival Singapore’s in their harshness towards suspected drug traffickers. The Dangerous Drugs Act 1952 (Act 234) outlines the penalties for the importation, use, and sale of illegal drugs.

Long jail sentences and heavy fines are mandatory for suspects caught with controlled substances, and the death penalty is prescribed for drug traffickers. (The law presumes you are trafficking in drugs if you’re caught in possession of at least half an ounce of heroin or at least seven ounces of marijuana.)

Warrantless arrest/detention may also be prescribed under Section 31 of Act 234; such detention may be extended up to fifteen days if the investigation can’t be completed in 24 hours. For details on the drugs and penalties imposed for possession of such, read this summary of Malaysia’s harsh drug laws.

Drug Laws in the Philippines

The Philippines Dangerous Drugs Act prescribes the death penalty for drug traffickers caught with at least 0.3 ounces of opium, morphine, heroin, cocaine, marijuana resin, or at least 17 ounces of marijuana.

The Philippines has imposed a moratorium on the death penalty, but drug offenders are still punished harshly if caught – the minimum sentence is 12 years in prison for possession of.17 ounce of illegal drugs.​

Singapore’s Misuse of Drugs Act is very strict – persons caught with at least half an ounce of heroin, at least 1 ounce of morphine or cocaine, or at least 17 ounces of marijuana are presumed to be trafficking in drugs and face a mandatory death penalty.

400 people were hanged for drug trafficking in Singapore between 1991 and 2004. For more information, read our article: Drug Laws in Singapore.

Vietnam strictly enforces its drug laws. As prescribed by Article 96a and Article 203 of the Vietnamese Criminal Code, possession of heroin in quantities larger than 1.3 pounds gets you a mandatory death sentence. In 2007, 85 people were executed for drug related offenses. 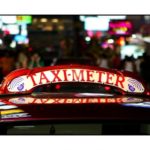 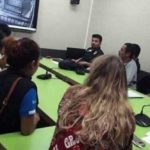 British tourist now accepts she was NOT raped on Koh Pangan