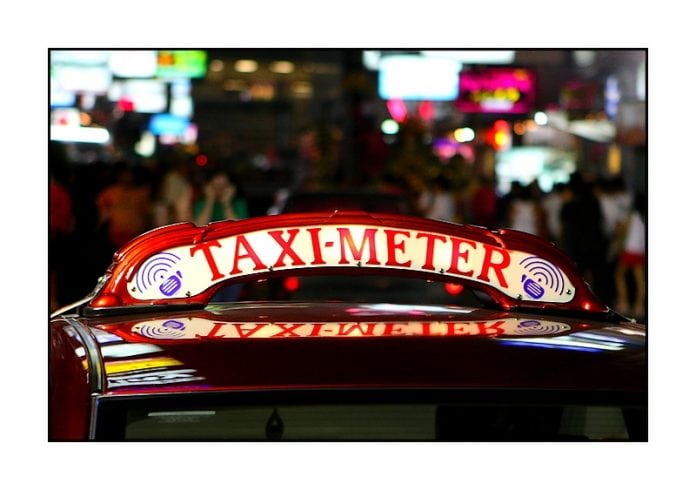 Taxi Turbo Meter: A woman who claims she fell victim to the latest “turbo taxi” scam in east Bangkok posted a video online of what appears to be a suspiciously hyperactive taxi meter.

Maneerat Mook Wko said she hailed the cab in Bangkok’s Ramkhamhaeng area Wednesday night and noticed the fare made several jumps within a matter of minutes, convincing her it must be rigged.

She said the final fare was more than 100 baht for the short ride.

Reached for comment, Land Transport Department chief Sanit Promwong said he had not seen the complaint but pledged to look into it and punish the driver if he’s guilty.

He advised people who encounter the scam to alert authorities via hotline 1584 at any time. Complaints don’t require a license plate number: noting the taxi ID on the door is enough evidence, Sanit said.

Update: The Harsh Punishments for Drug Use in SE Asia