Home » Two tourists killed after sedan crashes into their bike

Two Taiwanese tourists in their 20s were killed after a sedan lost control on a slippery road following rains and crashed into the rear of their motorcycle in Lampang province on Saturday evening.

The female Taiwanese died instantly while the male tourist, who was seriously injured, was pronounced dead at Hang Chat Hospital.

The driver of the sedan with the licence plate “Kor Jor 7593 Khamphaeng Phetch” was apprehended and taken to the Hang Chat precinct to face legal action.

Police investigation confirmed that the two tourists were riding the motorcycle to Lampang when the sedan crashed into their bike’s rear.
The Nation 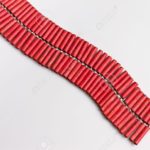 Boys injured while trying to make a firecracker