Home » Travellers can last 6-weeks in Thailand on £500 Budget

Travellers can last 6-weeks in Thailand on £500 Budget

Holidaymakers could travel for 44 days in Thailand and 26 days in Mexico on a budget of just £500.

That’s compared to only 6 days in Switzerland and Norway. For the cheapest coffee, Britons should head to Bulgaria where it costs 95p.

Beer drinkers should consider visiting Bulgaria where a beer costs just 97p or the Czech Republic where it is only £1.07

Holidaymakers could travel for 6 weeks on just £500 spending money in Thailand according to research carried out by Travelex, making it the cheapest destination for Brits on a budget.

The world’s leading foreign exchange provider has revealed the 10 best and worst destinations for those on a budget in 2017.

The results are based on the average cost of living in each country and current exchange rates to show how long £500 could last if you ate out three times a day, had four soft drinks, two beers, a coffee and two trips using public transport.

So, how long could you comfortably travel on £500?

By analysing the cost of living in 32 of Britain’s most popular travel destinations and Travelex’s own current exchange rates, the world’s leading foreign exchange provider have calculated how long £500 could last if travellers ate out three times a day, had four soft drinks, two beers, a coffee and two trips using public transport.
–

John Rayment, UK Commercial Director at Travelex commented,“When it comes to holiday budgeting it can be difficult to know where to start. It’s not just cheap flights and accommodation that make a trip good value. Thorough research before you book about how much spending money you’ll need can really help you stick to a set budget.”

To help travellers budget better, Travelex has launched their spending calculator tool where users can fill in details about where they want to travel and the activities they want to take part in whilst on holiday.

The tool will then reveal a suggested budget for the trip based upon real time cost of living. – TravelDailyNews
– 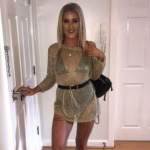 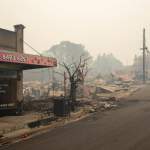