Home » 35 year old mysteriously died in a forest after hiding from the police. 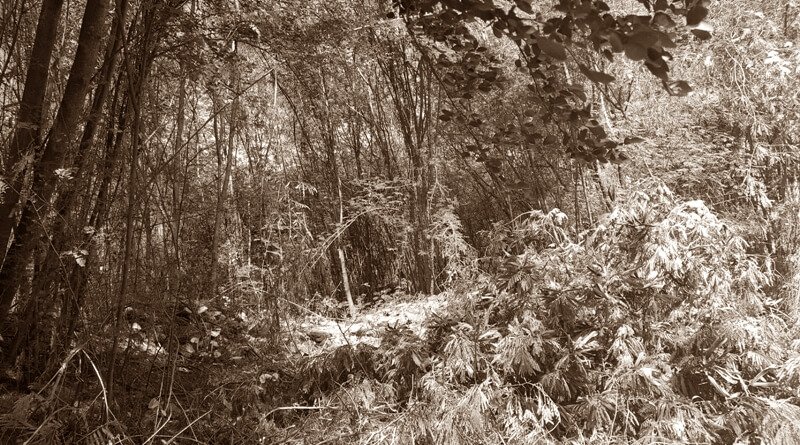 The Pra Pa Dang police in Samut Prakan province and the local rescue team were notified of a dead man found in a forest at around 1 pm on the 16th of December this year. The body was found hidden in trees and bushes located deep inside a forest located in Suksawat 39, Pra Pa Dang. 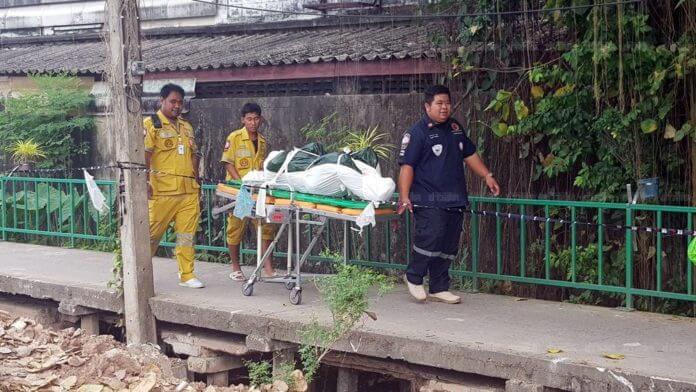 It was then discovered that the man is Surasak Numma 35 years old. After the police and the rescue team arrived, they could tell right away that he had been dead for at least 3 days before the discovery. The body was so hidden, that it took the rescue team over an hour to remove the body from the bushes. From the outside, his body had cuts all over the body caused by a sharp object and chunks of his body was bitten off possibly by an animal in the forest. 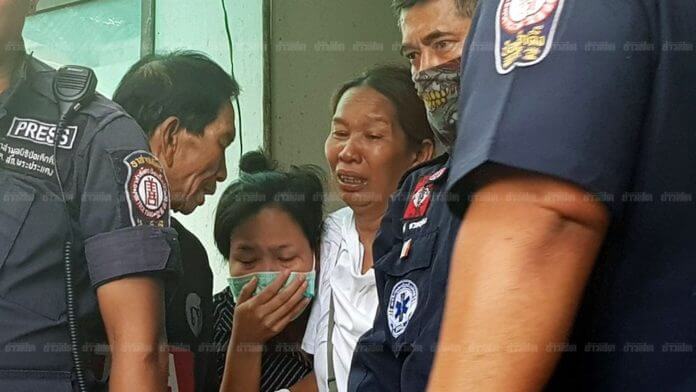 Saowalak Tohyai the wife of Surasak reported that on the 12th of the same month, the police and officials from the army came to check the village that they were residing in. Where her husband was relaxing in his home not far from where they found his body, where the entrance to the forest is behind there house.

Saowalak then explained that her husband used some drugs that day and he must have become scared that the police would find out if they came to his house. So Surasak left the house, she didn’t know that he went to hide in the forest and thought that he went to a friends house. 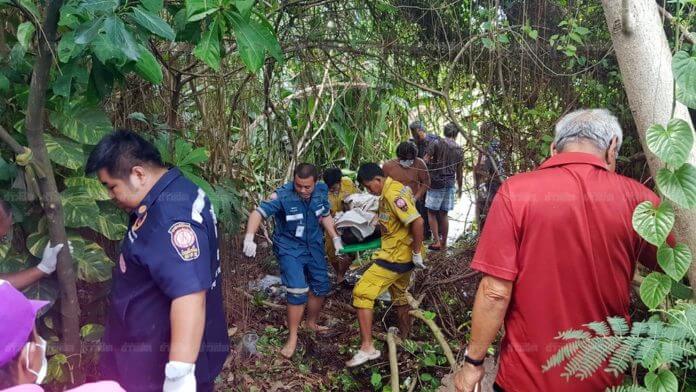 Then on the 16th, she started to wonder why her husband hasn’t contacted her so she called his friends and no one had seen him previously. Together they then started to search for him in the forest until they started to smell something terrible. They followed the scent and discovered his body.

The Pra Pa Dang Police have not yet confirmed the cause of his death but one possible cause might be that while he was trying to hide from the police in the forest he entered into the bushes and could not come out. While he was trying to break out of the bushes he then started to panic and had a heart attack that ended up killing him.