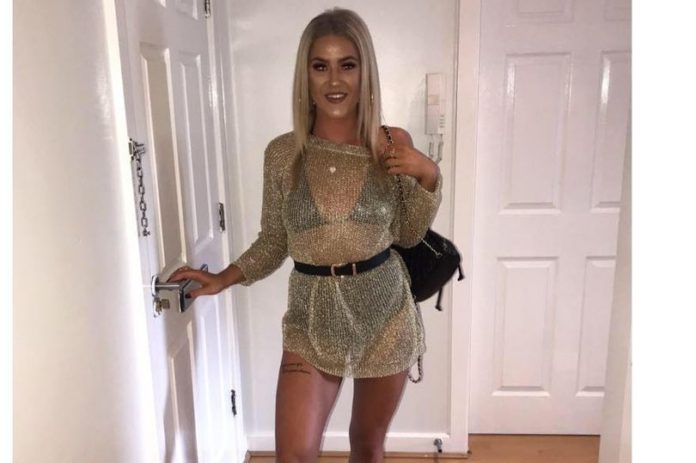 A British woman has told how she had to learn to walk again after getting bitten by a mosquito while travelling in Vietnam.

Donna Cox, 22, booked a one-way ticket to Vietnam in September to celebrate completing her degree.

But after travelling on to Cambodia she noticed a painful mosquito bite on her right leg.

When Donna, of Rochdale, Gloucestershire flew back to the UK, she was diagnosed with the flesh-eating bug necrotising fasciitis.

Things got worse when the bug resulted in her developing sepsis which nearly killed her and led to her nearly having her leg amputated, the Manchester Evening News reported.

Donna, who had all of the necessary vaccinations before her trip, said: “I was having the time of my life. I met some absolutely amazing people.

“I never expected it all to end as quickly as it did.

“There was a lump around the bite on my shin. It just didn’t seem right.

“I’d been bitten loads when I was over there. The mosquitoes seemed to love me.

“But the redness and the pain around this one bite started to spread up and down my leg.”

Donna went to a pharmacist to get antibiotic cream on the advice of a hostel manager, but a day later the swelling returned and it became too painful for her to put weight on her right foot.

Donna said: “I remember saying to some of the girls in the room: ‘Guys, I’m not being dramatic but I think I’m going to die or lose my leg’.

“I was only joking but it almost ended up coming true.”

With cash running low, Donna decided to book a flight back to the UK in October.

It was a painful flight back and when she made it to Rochdale the bite only got worse.

Donna ended up in Rochdale Infirmary A&E where an x-ray revealed a ‘collection’ under her leg, where doctors consulted with the North Manchester Infectious Diseases team.

The next day Donna was rushed to The Royal Oldham Hospital where she was diagnosed with necrotising fasciitis.

The rare bacterial infection spreads rapidly and can be fatal.

Donna started to fall unconscious and developed sepsis, causing her body to start to shut down.

The following four days were a blur for Donna.

She underwent three operations on her leg and was diagnosed with compartment syndrome.

Donna signed a form consenting to her leg being amputated should her condition worsen.

Another limb-saving procedure to ease the pressure building in her right leg followed.

Donna said: “The bone in my leg had softened and the necrotising fasciitis was eating my leg.

“It was only because I was young and strong that I survived.”

There were many traumatising moments for Donna during her time in hospital.

Medics left her wound open to ease the pressure in her lower leg, before closing it with 90 staples.

At one stage Donna wore an eye-mask so she didn’t have to look at her leg.

Doctors told her that if she had gone to hospital four hours later she would have died.

Donna’s illness has changed her life forever, and while she survived, she has lost all sensation in her lower right leg and is now learning how to walk again.

Her leg is covered in scars and she has a foot drop.

But Donna is determined to regain her strength and managed to walk across the stage at her graduation at Edge Hill University in Ormskirk, Lancashire.

Donna said: “It’s had such a dramatic impact on my life.

“I used to love being active and would go to the gym every day. Now I struggle to walk to the bathroom.

“All of my independence has been stripped away from me and that’s been really hard.”

Donna hopes by sharing her story that other people will be aware of the symptoms of necrotising fasciitis.

Donna added: “I would hate for this to happen to anyone else.

“If my story encourages people not to ignore any bites or pains and potentially saves their life, it will make what happened to me that little bit easier for me to accept.”

Travellers can last 6-weeks in Thailand on £500 Budget