Foreign tourists wishing to visit Thailand will be required to purchase travel insurance prior to their arrival into the Kingdom in the not to distant future.

The Bangkok Post, citing an unnamed but “informed source” claims the proposal has been put forward by the Tourism and Sports Ministry for consideration.

Under the proposals, there may even be insurance vending machines installed at airports and border checkpoints throughout Thailand so those without insurance can purchase soon after arriving on Thai soil.

Rumours regarding possible insurance for foreign visitors first surfaced last year, when representatives from Thaivisa were told privately by an official from a local immigration office that there had been discussions regarding a proposal that would require foreigners applying for an extension of stay to have valid medical insurance.

The requirement is seen as helping to reduce the burden on Thai hospitals who are being forced to treat an increasing number of uninsured foreigners. 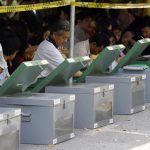 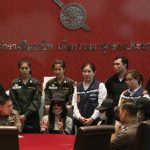