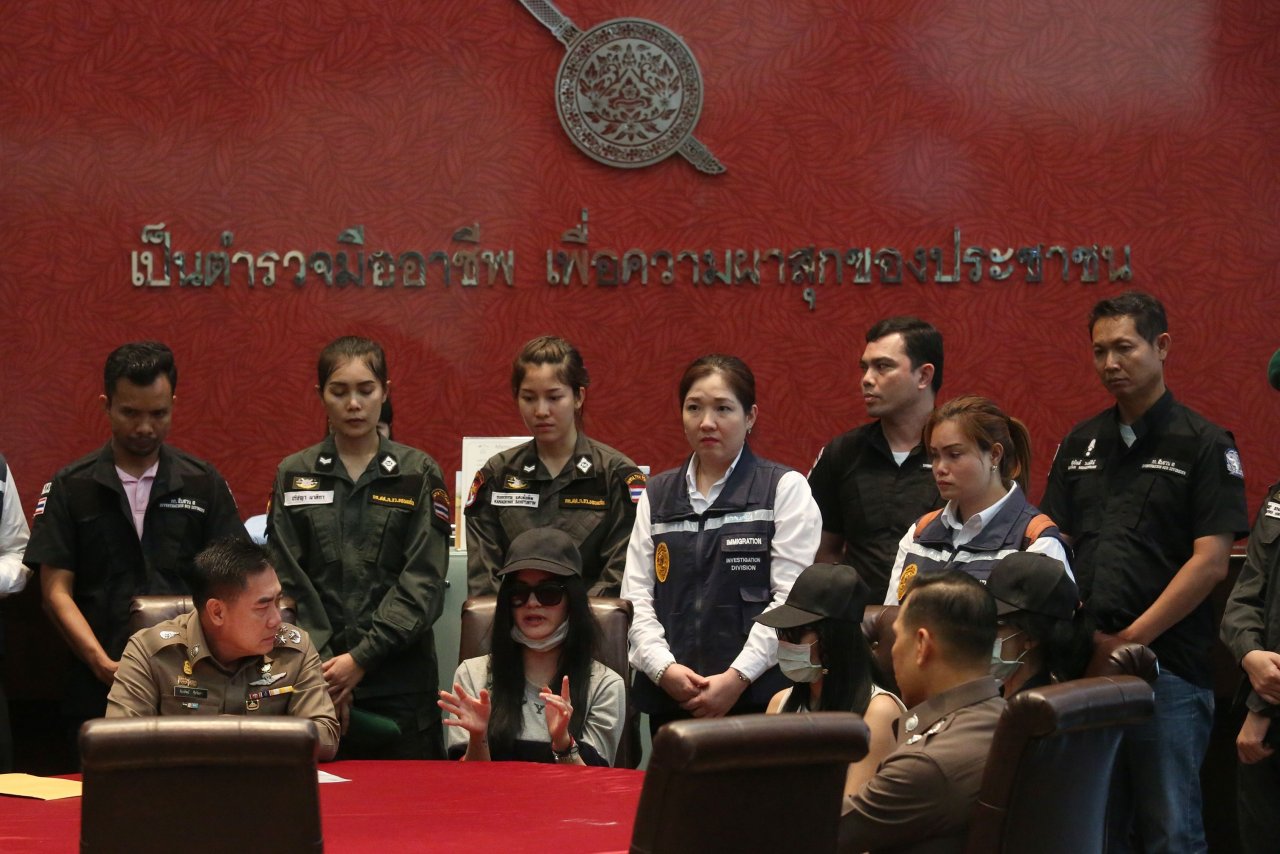 AT THE END of the chase in a 10-day murder saga that has transfixed the nation, a suspected cold-blooded killer confessed to the murder and dismemberment of her friend due to a personal grudge concerning narcotics and a debt, national police chief Pol General Chakthip Chaijinda said yesterday.

The victim Warisara Klinjui was arrested on drug-related charges late last year and implicated Priyanuch Nonwangchai as being involved in a drug gang, Chakthip said. He added that the women also had an issue concerning a Bt40,000 debt.

“The alleged murder was caused by a personal conflict after Warisara told police about Priyanuch’s involvement in a drug network that led to her arrest,” Chakthip said in a press conference. He was speaking after talking to Priyanuch, Kawita Rachada and Apiwan Satayabundit, who face arrest warrants for murdering and hiding Warisara’s body.

The three confessed to all of the charges, said Chakthip.

After the killing, Priyanuch, Kawita and Apiwan escaped to Myanmar under pressure from Thai police, Chakthip said, and they decided to surrender to Myanmar police in Tachilek town. Myanmar police then handed them over to Chiang Rai police on Saturday night.

Police found Warisara’s dismembered body in two buckets and buried in a field in Khon Kaen’s Khao Suan Kwang district on May 25. Her body was cut in half and her neck showed traces that someone had unsuccessfully tried to cut her head off. Initially police could not identify the victim but they followed a clue provided by a tattoo on her body and eventually linked it to Warisara.

The investigation then identified Priyanuch as a suspect, drawing attention from the media and the general public because of her appearance and lifestyle displayed on social networks, as she commonly put videos depicting her talking on Facebook.

The public was also shocked after the killing when she apparently changed her Facebook cover photo to one depicting Chucky, the doll character in “Child’s Play” horror films that delights in mutilating people.

Her escape to Myanmar generated rumours that she was a money collector for a drug gang operating in Myanmar that smuggled drugs from the Golden Triangle, with commentators speculating that she had been helped by gang members or killed by them to prevent them from being linked to her.

“I want to reiterate that the three suspects had nothing to do with a transnational drug network as reported in the media. They were only drug users in Khon Kaen,” Chakthip said.

Priyanuch and Warisara had not seen each other for about a year until they accidentally met when Priyanuch saw the victim at a venue in Khon Kaen, the police chief said, adding the victim then got into a car the suspect was driving. Those details seemed to indicate that the meeting had not been planned, but Priyanuch has been charged with premeditated murder and hiding the body.

Chakthip quoted Priyanuch as saying she loved the victim, but just wanted to teach Warisara a lesson. “However, she strangled her and realised she was dead, she did not know what to do. When the body turned stiff, she thought about dumping it into water or cutting it up like in movies she had seen. She chose the second choice.”

Chakthip did not provide further details about each suspect’s particular role in the crime, while 22-year-old Wasin Namprom, who was already in police custody in relation to the crime, had blamed Priyanuch as Warisara’s killer and the person who dismembered the body. Wasin claimed he had only served as a driver.

On Saturday night, it was reported that Myanmar police arrested the three women but it was later confirmed they had turned themselves in. Later, CCTV footage emerged showing them walking in a Tachilek market.

Chiang Rai police separated the three to interview them as reports said they looked tired and had asked for their interviews to be cut short. A photo showed them sleeping in a row apparently at the police station.

The suspects were expected to speak at a press conference at the Chiang Rai police station yesterday. However, the the suspects were whisked out of the station to a van and taken to board a helicopter to Bangkok.

Chakthip interrogated the women but another planned press conference featuring them was cancelled and Chakthip spoke to reporters instead.

Meanwhile, a source close to the investigation said Priyanuch had not wanted to surrender to authorities after the crime out of concern for her two alleged accomplices, who had asked for more time to accept the consequences of their actions.

The source quoted Priyanuch as confessing to killing Warisara over the money-related dispute and for revenge, while her friends Kawita and Apiwan allegedly helped to cut up the victim’s body to cover up the crime.

According to the source, Priyanuch had thousands of baht in cash when she fled to Myanmar with Kawita and Apiwan. “We worked at a karaoke bar for about two days. But due to pressure from authorities, we had to quit our jobs there and move to various small villages in Tachilek,” Priyanuch was quoted as saying.

Despite being grief-stricken, Priyanuch’s mother said she was glad her daughter was being held by police, otherwise she could not have survived.

Sakorn Pasee said yesterday that although her daughter had been arrested and would be put behind bars, it was better that Piyanuch did not have to flee to other countries. 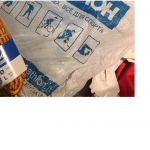