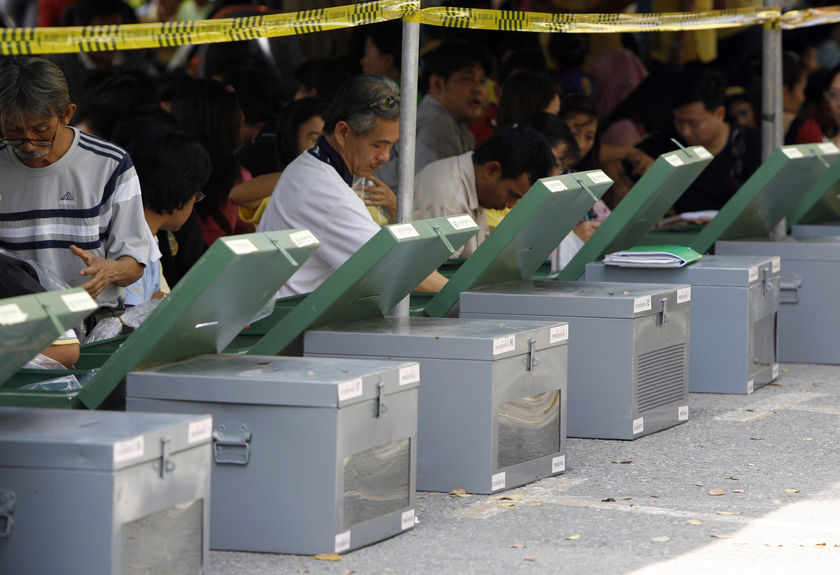 After seeing the return of power to the people deferred time and again, some say they do not believe the military regime has any intent to hold general elections.

Upon taking power in 2014, junta leader Prayuth Chan-ocha said repeatedly he’d only be around for a year. Since then, he’s postponed elections while promising that they lie just over the horizon for the past three years, leading some people – including activists and critics – to not take the retired general’s claims seriously any longer.

“Let me laugh first,” veteran LGBT rights activist Anjana Tang Suvarnanda said when asked if she believes elections will happen by 2018. “There has been no trust [in Prayuth] for a long time. Whoever seizes power can’t be trusted.”

Well-known activist Sirawith Seritiwat, or Ja New, believes it is a delaying tactic.

“The NCPO ‘roadmap’ seems ever extendable, and the government is trying to buy time,” he said.

Sirawith then offered his own estimate that Prayuth would try to rule Thailand for another three to four years. The number of non-believers doesn’t end there, with skeptics saying it comes down to an erosion of trust for Prayuth repeatedly defaulting on his own word.

Anjana said Prayuth’s four questions regarding the future prospects of electoral democracy late last month signaled there may be no election next year. Other preconditions not yet put in place, include lifting the ban on political activities by political parties and citizens, freeing the press from restrictions and ending the government’s daily 6pm propaganda program on all free television stations.

“Elections are important for a democracy. But they are not the sole determinant of the country’s future and other matters, such as whether a country has a strategy undergoes reforms, is this true or false?” was one of several leading questions asked by the retired general.

Anjana said it’s difficult to guess how long the junta will be around.

“I can’t really say how long they will remain in power,” she said, adding that this is purely a realm of speculation. “I remember when he first came to power, he said he will be around for a year. It’s been much longer now, and we’re still waiting for him to keep his promises. Can’t really say when he will leave, but it’s hoped that when he does, he will return every [human right] he took away.”

As for Sirawith, although Prayuth is talking about 20-year plans for Thailand, he and his men probably can’t manage to be in power for that long.

“I don’t think they will last for 20 years,” he said, adding that global democratic tides are against continued military rule.

Beside the four questions made by Prayuth, Sirawith cited a recent spate of bombs as a possible pretext for the regime to justify hanging onto power.

“Well, Prayuth said it himself that there won’t be elections if things are not peaceful. Emergency situations will buy him time,” said Sirawith.

Another non-believer is influential meditation instructor Vichak Panich, who is widely followed on social media. Vichak said there’s little sign that politics are returning to normal in time for promised elections.

“Judging on how the NCPO is working. It doesn’t seem that they’re heading in that direction,” he said.

Vichak said he’s not sure how the junta can manage to hang on despite military rule being out of sync with international norms.

“They will probably have to disguise themselves by being as democratic as possible,” he said, noting that there are also factors that he cannot legally discuss when it comes to how long the junta will last.

While addressing a conference on U.N. backed human rights principles last week, Prayuth said his government has worked to improve human rights during the past three years.

Others are unsure. Worawut Butmatr, a graduate student of law at Thammasat University, places the chance of an election next year at 50 percent.

“If it will be delayed, they will find an excuse such as security issues,” said 24-year-old Worawut.

“They can try to stay on, but they must also ask Thais who are fed up with Prayuth and want to see elections… There are people who are willing to continue to believe in [Prayuth], however,” he said.

Surprisingly optimistic on the prospect of a vote come from one of the most prominent anti-junta activists, Sombat Boonngam-anong, who was charged with sedition and computer crimes for calling on people to rise up against the junta after it seized power.

“I don’t think they can get away with it. It’s been almost four years now,” said Sombat, stressing that he believes the regime is reaching its nadir and didn’t even produce a public report on its third anniversary accomplishments last month.

What’s more, Sombat said, is that the junta’s base of support seems to be evaporating.

“They can’t just stay on by relying on guns. I don’t believe Prayuth will resort to the use of guns to suppress people [calling for elections],” he said.

Sombat concluded that it’s natural for the junta to still want to stay in power, and that Prayuth’s four questions are symptomatic of that.

“I don’t think he can resist it, however,” he said. 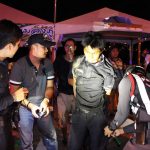