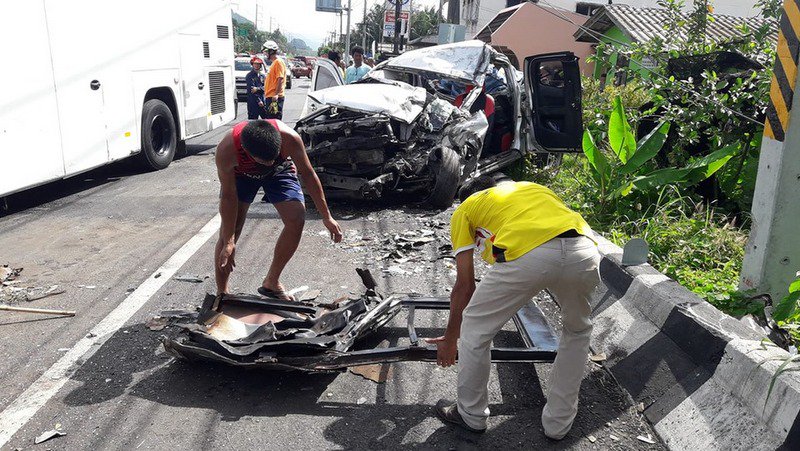 CCTV showed what happened when a pick-up collided with a motorcycle then a tour bus late Monday morning in Phang Nga in southern Thailand.

Footage from kamnan Pongwat Bunkoi of Bang Toei sub-district showed a pick-up cross over the central reservation at a bend at high speed.

The Isuzu then slammed into a motorcycle before colliding with the tour bus.

Four people died and 12 were injured.

The pick up had 12 people in it and is thought to have suffered a burst tire.

Sanook said the bend is an accident black spot.

There were 13 Chinese tourists on the Mercedes – Benz bus along with three drivers. They only suffered minor injuries.

The last two of these victims were on the motorcycle.

Police said it looks like a tire blowout with the driver losing control at high speed.