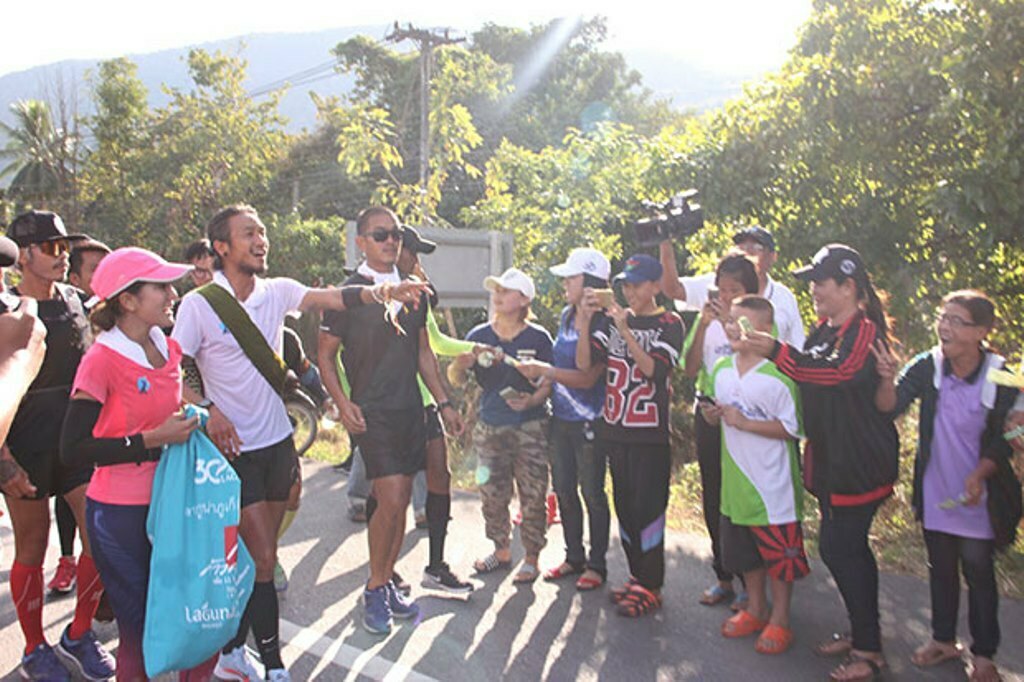 Charity runner Artiwara “Toon” Kongmalai passed the 2,000 kilometres point of his 2,191km marathon as he headed to Phayao on Friday, with donations topping 950 million baht.

After 40 days and 352 hours on the road, the Bodyslam band frontman and his team left Ngao district of Lampang at 3.20am for Phayao’s Muang district in chilly weather. Toon and his team were warmly received by local residents and children, who lined up along the route to donate money with bonfires lit to keep them warm as temperatures in the two northern provinces dropped to 10°C overnight.

On the way to Phayao, the rocker paid respect to Luangphu Opas Opasor, abbot of Wat Jongkham, a royal temple in Ngao district. The abbot blessed Toon and donated 100,000 baht to his charity run for 11 public hospitals. The rocker set a target to run 52.4km today.  By 11am he had completed 2,024km of the total distance planned through 20 provinces from Betong district in Yala to Mae Sai district in Chiang Rai. The plan is to reach the finishing line on Dec 25, a distance of 2,191km.

According to the official website, kaokonlakao.com, donations had risen to more than 950.5 million baht as of 11.40am on Friday.   Source: bangkok Post 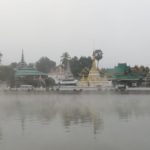