A transgender advocacy group has lodged a complaint with the Human Rights Commission (HRC) on Monday, demanding that transsexual prisoners be allowed access to hormonal therapy behind bars.

Sirisak Chaithes asked the Commission to convince the Corrections Department to immediately resolve the issue, either through rewriting the rules or granting immediate access, so that transsexual inmates can continue to take hormones while in detention.

People undergoing sexual transition before or during their imprisonment need hormones regularly to ensure they can continue to function well physically and emotionally, he said.

explained further that male inmates who had undergone surgical gender reassignment by having their testes removed also needed to undergo hormonal therapy. If not, they would endure emotional and physical impairment, just as women do when going through their menopause, he said.

He told the HRC that prisons still bar inmates from accessing or taking their hormones because they labour under an outdated view that they only want them for cosmetic purposes.

There are now 4,362 transgender inmates out of the 364,000 transsexuals across the country. Many of them are forced to bribe wardens to buy birth control pills for them, used as ad-hoc hormones, at the rate of Bt500 per tablet.

Sirisak’s group also told the HRC that one university’s faculty is barring transgender students from wearing the outfits that match their adopted sexual orientation. 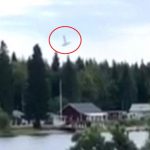 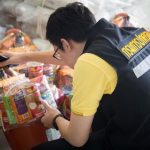