Home » 2 arrested for threatening to bomb Russian consulate in Pattaya 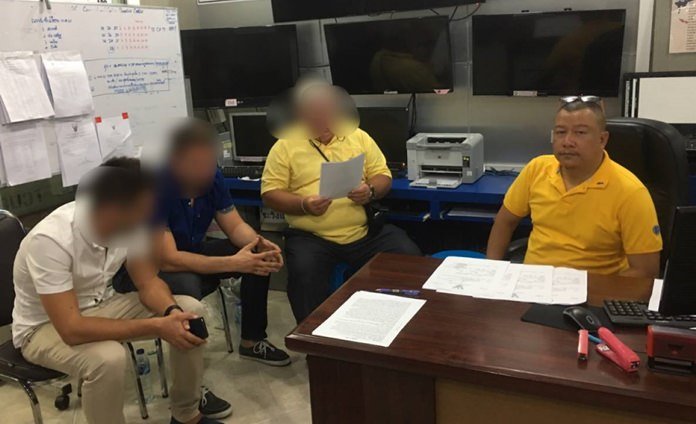 Bomb Russian Consulate: Two Russians who allegedly threatened to bomb their country’s consulate in Pattaya were arrested and prepared for deportation.

Dmitry Revtovich and Ilia Gilev were captured by immigration police Nov. 6 for residing illegally in the kingdom after the Immigration Bureau in September had revoked their visas.

The Russian embassy requested police arrest the two after they allegedly went to the Russian consulate for Chonburi and Rayong provinces at the Royal Cliff Hotel in Jomtien Beach Dec. 26 and, after an argument, threatened to blow up the consulate and kill all its occupants.

Immigration officials said they gladly cooperated with the embassy to maintain good foreign relations with Russia.