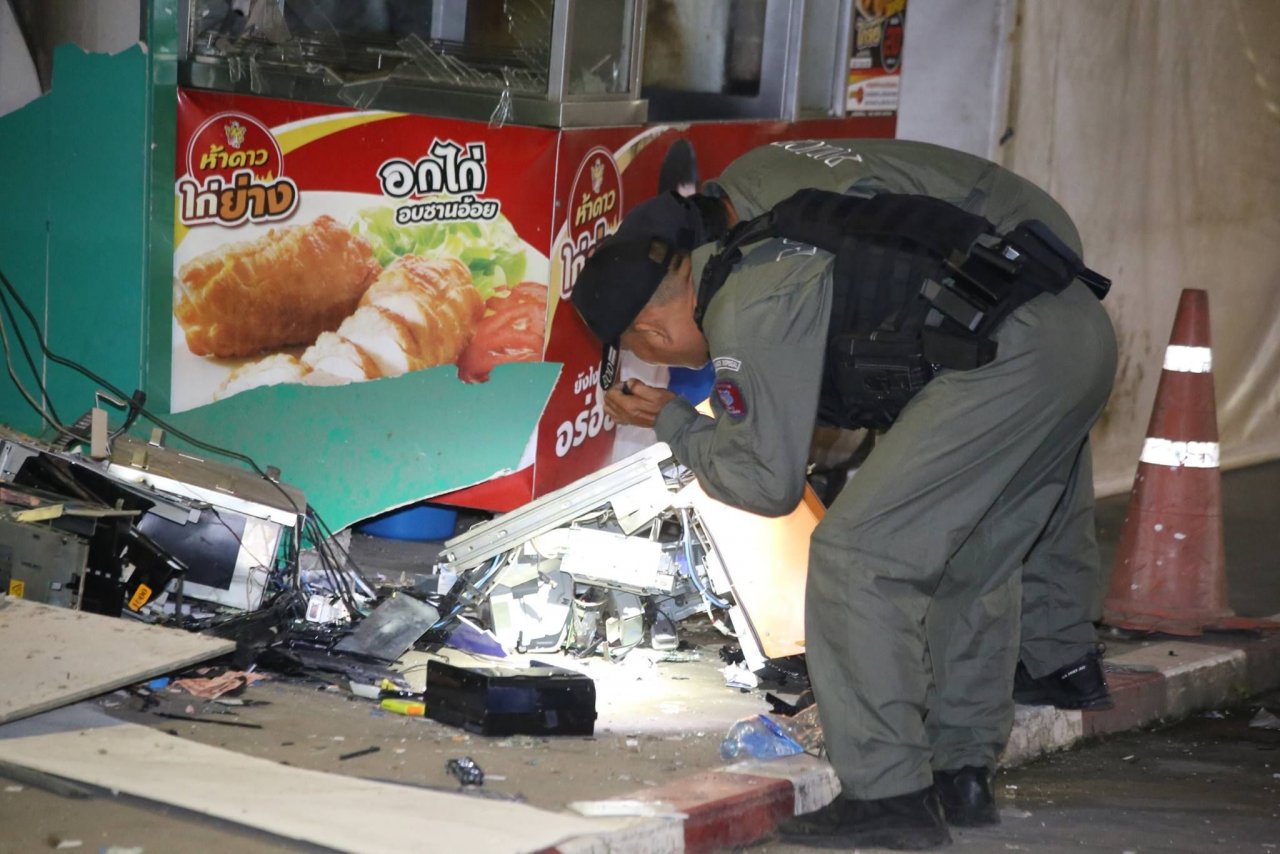 Thieves use explosive devices to blast open ATMs in Prawet Bangkok on early Wednesday and decamped with some cash police and witnesses said.

The explosion occurred at 3 am at a Bangkok Bank ATM machine at the car park in front of the Tesco Lotus superstore, Krungthep Kreetha branch, in Saphan Sung subdistrict. Thongthiew Chuenkham, 58, a security officer of Siam Warin Shipping International Co, which is on the opposite side of the road, told police that he heard a loud explosion at around 3 am and found the ATM machine on fire. He saw a motorcyclist fleeing the scene. Prawet Police Station was alerted to the incident at 4.30am. Police officers rushed to the scene and cordoned off the blast area for forensic officers to gather evidence. Polwat Yaibua, 23, who lives in a boarding house next to the store, said he heard a loud explosion. When he looked out of his room window, he saw a man pulling a metal box out of the ATM machine. Prawet Police Station chief Pol Colonel Alongkorn Sirisongkram said the bomb apparently was powerful and appeared to have been placed at the back of the ATM.

Bank officials have yet to check how much of cash the thief had made off with. Asia Nation 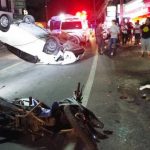