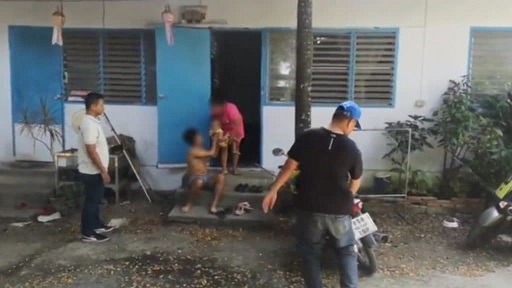 Police extended their investigation into a case in which a human-trafficking gang allegedly paid Myanmar construction workers’ children Bt60 each to beg for money on the streets of Chiang Mai.

As the children were safely placed in a state shelter, police extended the probe to uncover the elusive suspects, including the mastermind of the whole scheme, he said.

Saturday’s raid on rented rooms in Tambon Tha Sala led to the arrest of two teens.

Chiang Rai resident Udon Jayer, 19, was held over charges of reaping benefit from begging and harbouring illegal immigrants or helping them escape arrest.

A 16-year-old girl from the province was also arrested on charges of using children as a tool in begging and begging on streets. 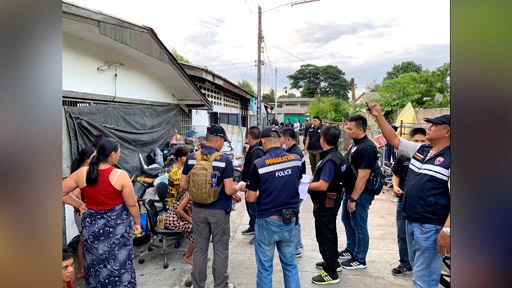 During the raid, six suspects, including two men and two women aged 20-43, were also arrested for illegally staying in Thailand.

Police at the time couldn’t establish what their nationalities were.

The raid stemmed from an earlier operation that saw police round up three Myanmar women aged 29, 32 and 58 while they were taking three children aged 2, 4, and 7 to reportedly beg at a fresh market in Muang Chiang Mai.

The adults were charged for using children as a tool in begging and begging on the streets. 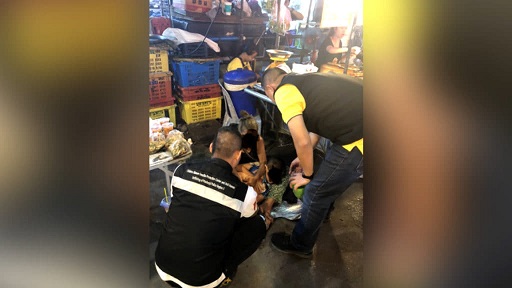 The investigation found the gang used children to beg at various spots in the northern city from the afternoon until midnight each day, before returning them home.

The money was split among those involved.

Officers were able to pinpoint the location for the raid thanks to public complaints that a group of people had rented a place and were staying there with many children, whom they took out daily to beg on the streets.

As the filing of human-trafficking charges would require further screening and investigation, police initially went after the group under immigration offences and the Beggar Control Act BE 2559 (2016).

The latter makes begging on the streets an offence punishable by a maximum jail term of one month and/or a maximum fine of Bt10,000.

The penalty for traffickers and those seeking to benefit from begging is a maximum prison term of three years and a maximum fine of Bt30,000. 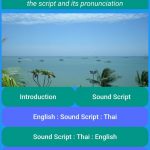 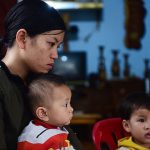