A 52 year old Thai mother called police has admitted to them that she had strangled her 15 year old autistic daughter to death.

The mother of an autistic girl, 15, admitted to police that she strangled her daughter yesterday because she could no longer afford to take care of her.

Yolawadee Suasermsiri, 52, who has been treated for psychiatric issues in the past at Prasat Neurological Institute, called Thung Song Hong Police Station at 3am and summoned officers to her apartment in Chatuchak district, reported The Nation.

Officers from the the forensic unit as well as Lt. Ukrit Suthirapong, inspector at Thung Song Hong, reached the rented room to find Yolawadee crying next to the dead body of her daughter.

Yolawadee told police that her husband died of lung cancer and, in the three years since then, she cared for their daughter alone. She had worked as a maid until she quit her job on Monday. She came home and strangled her daughter with a piece of cloth before going asleep beside her.

When she woke up later, she drank three beers and took two sedatives in hopes of killing herself but just became drunk and vomited instead.

She told officers that she had been thinking about killing her daughter for a long time. She said that the young woman could not care for herself and had stopped attending school ten years earlier.

Yolawadee said she often had to chain her daughter up in their apartment while she was at work. Lengths of chain were found in the apartment, reported Bangkok Post. 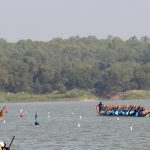 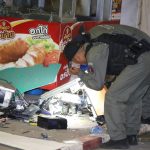