The best themed restaurants in Bangkok

Anyone like the idea of themed restaurant, well we have come come up with the perfect list for you of the must see places in Bangkok, brought to you by Coconuts.

What do you want to be — a mermaid, a unicorn, a robot master? These theme cafes and restaurants will fulfill all of your food experience fantasies. Our list includes all the venues worth checking out if you have time to spare in Bangkok, ranging from innocent Teddy Bear and Charlie Brown cafes, to a witchcraft coffee shop that offers exorcism with your latte, and a condom-themed restaurant that openly encourages you to have safe sex in the city.

But in case you’re still searching for the best pad thai, read our review of “Pad Thai Thipsamai,” one Bangkok’s most popular pad thai joints.

Slide on a tail, snack on cutesy shell-shaped cookies, and let all your underwater dreams come true, right in the city center.

The newly opened Mermaid Castle Siam is where all the cool mermaids in Bangkok hang out. The cafe is owned by the same female entrepreneur who started the first mermaid cafe off the beaten path in Rangsit.

Nestled in the hip area of Siam Square, the cafe serves colorful frozen drinks and mermaid-themed desserts including cupcakes, waffles, and cookies; balance out your sugar coma by sipping a cup of hot English tea.

Every inch of this popular cafe is splattered with rainbows, unicorn figurines, and pure happiness.

Undoubtedly the most Instagrammed cafe in Bangkok, everything on the menu here is unicorn-themed and rainbow-hued. I mean, have you ever had a rainbow cheese burger and rainbow spaghetti? And it’s extra fun when you eat rainbow-infused food while wearing one of the shop’s unicorn onesies.

Open it, drink it, eat it, and have a Mad Hatter-style tea party at this little cafe inspired by Alice in Wonderland.

Their highlights are whimsical, well-crafted desserts. Try the tiramisu that comes with a key-shaped chocolate on top, the Mad Hatter chocolate mousse, and the Blue Bunny Egg (which is basically blueberry cheesecake hidden in a colorful egg-shaped dome).

For hardcore Hello Kitty fans, this fancy kitty house is a must. Not only can you snack on Hello Kitty-shaped desserts and enjoy Sanrio latte art, this cafe even has a spa where you can get a mani-pedi, a foot massage, or a Brazilian wax — a pretty strange combination of services, but we won’t judge.

If you love to make a heart shape with your hands, clap a whole lot, and watch grown-up women in maid costumes act like toddlers, this is the place to be.

Maidreamin is a Japanese-style maid cafe where waitresses will do a lot of cute, funny things to entertain you, and at times, you’re supposed to awkwardly mimic their hand signs or dance. But hey, you’re gonna have a cool story to tell people about that time you were at a maid cafe.

At this point, if you and your friends can’t settle on one theme, this cafe is mocking every fairy tale, and the fact that it serves booze is a plus.

A fantasy cafe decorated like a medieval castle, the menu at Mocking Tales is inspired by various fairy tales and movies, from Snow White’s “Poisoned Apple” to Harry Potter’s “Magical Light” cocktail, to the Pirates of the Caribbean-themed dessert “Lost Treasure.”

7. Ace of Cups, The Witch Cafe

One big step from the Harry Potter-themed cocktail at Mocking Tales is a spell workshop at Ace of Cups, a cafe for real witches.

Here you can discuss New Age witchcraft with the regulars or learn the basic spell in their “introduction” to magic classes, which are held occasionally. Their most recent class was the “Apple Spell Workshop.”

Or, if you’re not ready to become a witch but could use help from one, services such as divination, healing, and exorcism are available. Of course, it does serve delicious cakes and a selection of soda and tea tailored to your zodiac sign.

Read Coconuts’ interviews with the regulars at Ace of Cups here.

With two life-size teddy bears in armor greeting you out front, this cafe is filled with hundreds of teddy bears for you to snuggle with inside its idyllic European castle appearance.

From tiny, key chain-sized teddies to giant ones that stand four-feet-tall, Teddy Castle lets you be their queen by providing fancy tiaras and capes for photo props.

Food-wise, the place provides all-day breakfast and Western staples such as burgers and spaghetti, but let’s face it, this place is more about the selfies.

With a drop-off point for orphaned babies out front, teddy bears dangling from the ceiling, and a large selections of homemade cakes, Mr. Jones’ Orphanage has outdone itself with a bizarre, orphanage-inspired concept and, judging from its expansion to six branches, all located at hip Bangkok malls, city dwellers love it.

Serving up a whimsical world of childhood fantasies, Mr. Jones’ is a dessert venue serving all types of sweets such as cakes, pies, cupcakes, cheesecakes, waffles, pancakes, and more. Meanwhile, its beverage selection covers the basics such as coffees, smoothies, and sodas.

It’s been over half a century since people all over the world began enjoying characters from the Peanuts comic strips, and the Charlie Brown Cafe celebrates just that.

This Snoopy-loving spot serves a selection of yummy spaghetti and Japanese curry rice. Unlike other Charlie Brown cafes, the Bangkok branch also has “American fried rice,” which is actually a Thai dish, composed of rice stir-fried with tomato sauce and decked out with American sides, including sausage, a fried chicken leg, and a sunny side up egg.

For dessert, the Bangkok version serves donut ice cream (yum!) and a selection of pancakes.

Who doesn’t want to be served by a robot?! Especially when it brings tender beef, sirloin steak, and seafood served in a Japanese Yakiniku style.

Simply order your choice of meat (or vegetables) from a touchscreen device and watch the robot bring you the food.

When it’s not serving anyone, the robot also dances and wishes people a happy birthday. Now talk about the future of dining!

When the bill comes, your server presents you with two condoms instead of a mint. This is actually not awkward after you spend an hour looking at the infographic on HIV hung above your dining table.

With mannequins hilariously covered in condoms and many, many visual aids on protected sex, this condom-themed restaurant is affiliated with the Population and Community Development Association, which aims to improve the lives of Thais in many ways, including educating them about family planning.

Aside from the fact that its food is “guaranteed not to cause pregnancy,” the restaurant has a very large selection of Thai food staples from tom yum to pad thai, and mangoes with sticky rice.

Is that the Colosseum? Pretty close. Unlike the real Rome, the Rome Restaurant isn’t known for its gelato and pizza, but affordable family style Thai dishes. While it’s a little far out of the city center, it’s the closest thing to Italy around. 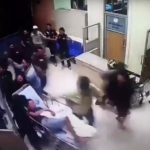