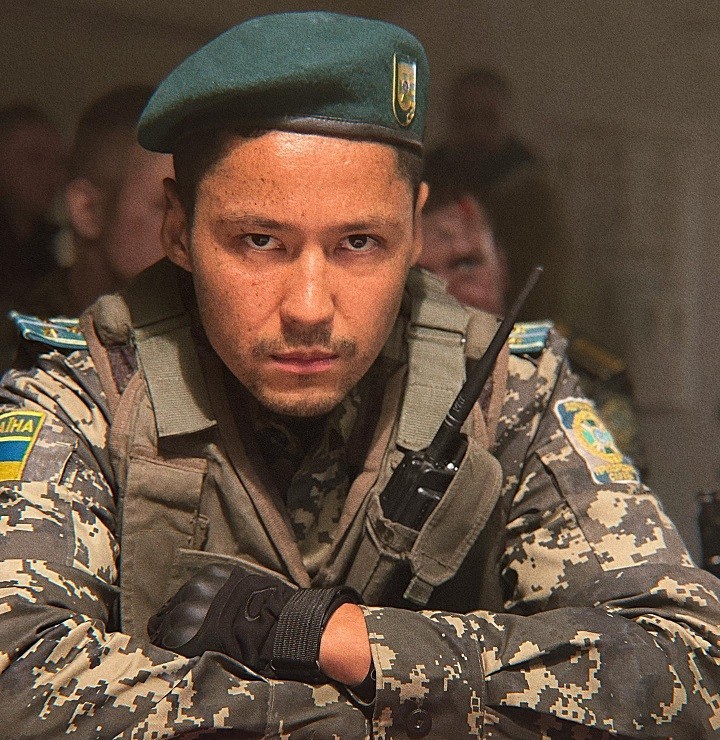 UKRAINIAN actor and TV host Pasha Lee who quit his job and joined the army to defend his country from the Russian invasion has been killed in shelling.

The 33-year-old had only signed up to Ukraine’s Territorial Defence Forces last week but died during Russian shelling in Irpin, just northwest of Kyiv.

In a tragic last Instagram post on Saturday, Lee shared a picture of himself in his military uniform.

He wrote: “For the last 48 hours there is an opportunity to sit down and take a picture of how we are being bombed, and we are smiling because we will manage and everything will be UKRAINE WE ARE WORKING!”

In another one of his final Instagram posts, published five days ago, he shared a picture of himself in his military uniform and called on Ukrainians to “join” him in the war.

It came as four civilians including a family of three were killed in the same city as they tried to flee the Russian bombardment.

Lee provided Ukrainian dubbing for Hollywood films including The Hobbit and The Lion King.

His death was confirmed by Sergiy Tomilenko, President of Ukraine’s National Union of Journalists.

Tomilenko said he wanted to “express sincere condolences to Paul’s family and loved ones”.

Julia Ostrovsk, head of the UATV/DOM Platform, for whom Lee presented a show, described him as the “most joyful and sunny” of their TV presenters.

A former co-star Anastasiya Kasilova, who appeared with him in the 2021 TV drama “Provincial” – one of his final projects – also paid tribute to the actor on Facebook.

“He is an actor, TV presenter, my colleague and a good acquaintance,” she wrote.

Tomilenko went on: “Our words of support are the entire team of the DOM channel, which embodies a noble mission of speech for the de-occupation of Donetsk, Luhansk regions and Crimea.

“True, because of Russia’s attack on all Ukraine, the mission is correct.

“Now all journalists are working to de-occupation of the country. For the sake of the world…”

Lee was reportedly born in Crimea, which was part of Ukraine but later annexed by Russia in 2014.

He came to fame in his home country with 2016’s action-comedy Selfie Party as well as 2017’s sports action film The Fight Rules and Meeting Of Classmates in 2019.

Lee was most famous as a host on the popular entertainment program “Day At Home” and dubbed films into Ukrainian, including The Lion King and The Hobbit.

He reportedly joined the Territorial Defence Forces of the Armed Forces of Ukraine on the first day of the Russian invasion and was stationed in Irpin.

A total of 406 Ukrainian civilians including 27 children have died since the conflict began, the UN Human Rights Agency has said.

It added that 801 injuries have been reported as well, although the true figure could be far higher.

Russia continued its shelling of the Kyiv suburbs over the weekend, including Irpin, where Lee was killed.

The city has been cut off from electricity, water, and heating for three days.

On Sunday, a mother and her two young children were among the Ukrainian civilians killed as they desperately tried to flee the Russian shelling.

At least eight people were killed when missiles rained down on hundreds of terrified locals as they ran across a bridge to escape the bombardment.

Speaking after the attack in a video address, Ukraine’s President Volodymyr Zelenskyy vowed to punish “every bastard” who committed atrocities during the war.

Describing the family killed in Irpin, he said: “They were just trying to get out of town. To escape. The whole family. How many such families have died in Ukraine?

Addressing the Russian forces behind the attack, Zelenskyy said: “There will be no quiet place on this earth for you. Except for the grave.”

Shocking footage of the strike which killed the family thought to be a   girl aged eight and her brother with their mum was recorded by reporters.

It is believed a family friend was also killed in the strike.

Around a dozen soldiers were helping people carry bags across a bridge over the River Irpin when they were forced to scatter by incoming missiles.

A soldier was telling one journalist how heartbroken families had been trying to bring their dead children out of the town when the missile slammed into the road just yards away.

Medics dashed across the road to tend to the family but the mother and her two children were killed instantly.

Only the father and the family dog — barking in terror in a small carrier — survived.

Harrowing photos taken during the aftermath show bodies draped under sheets with their precious suitcases alongside them.

And other pictures show four bodies sprawled on the roadside as two soldiers tend to them.

Ukraine has accused Russia of war crimes and has filed a lawsuit with the UN International Criminal Court in The Hague. 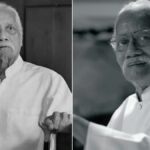 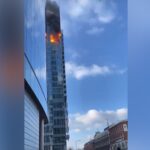