Home » Thai’s addicted to the internet, according to poll 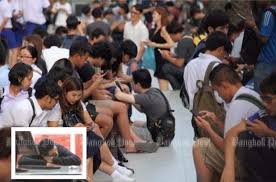 People in Thailand spend more time on the internet each day than residents of 39 other surveyed countries, according to a new Global Digital report that summarizes the second and third quarters of 2017.

In the report, released this week by We Are Social, a London-based media agency, Thailand comes in first place for time spent online, with an average of 9 hours and 38 minutes online per day. We’re followed by Philippines (9 hours and 29 minutes), Brazil (9 hours and 14 minutes), and Indonesia (8 hours and 51 minutes).

The global average is at 6 hours online per day.

Meanwhile, Philippines took the world win for the greatest amount of time spent on social media daily (3 hours and 57 minutes). Brazil is just behind them (3 hours and 39 minutes) while Indonesia (3 hours 23 minutes) and Thailand (3 hours 10 minutes) come in third and fourth place, respectively.

While the top five spots are dominated by Southeast Asian countries, only 58 percent of people in the region have access to the internet. Northern Europe and Western Europe have the highest internet connectivity rate of over 90 percent, while Middle Africa has the lowest rate of only 12 percent.

In 2018, the world has seen a 7 percent growth in internet users worldwide. Four billion people — more than half of the world’s population — now get online.

Smartphones are the world’s preferred choice for internet users, accounting for a greater share of web traffic than all other devices combined. 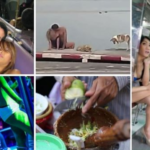 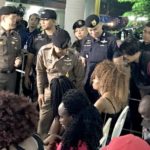