BANGKOK, 20th June 2018 (NNT) – Thailand is ready to explain the country’s first prisoner execution in nine years, according to the Prime Minister.
Gen. Prayut Chan-o-cha said on Tuesday that the death sentence of 26-year-old Teerasak Longji was in accordance with the law and the justice system, which most people agree with.

The Prime Minister said that the execution, which was the first in the country since 2009, should be a lesson for criminals and help maintain peace in the country.

Meanwhile, Deputy Prime Minister Wissanu Krea-ngam said yesterday, that while Thailand works in tandem with the United Nations’ stipulations, it should be noted that the death penalty does not violate the Constitution or Thai laws.

He conceded that as many countries don’t understand Thailand’s death sentence law, the Ministry of Foreign Affairs would have to explain it to the world.
At the same time, Deputy Prime Minister Gen. Prawit Wongsuwon confirmed that Thailand always acts in accordance with its laws, as in this case. NNAT – EP 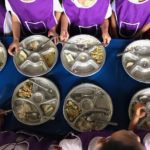