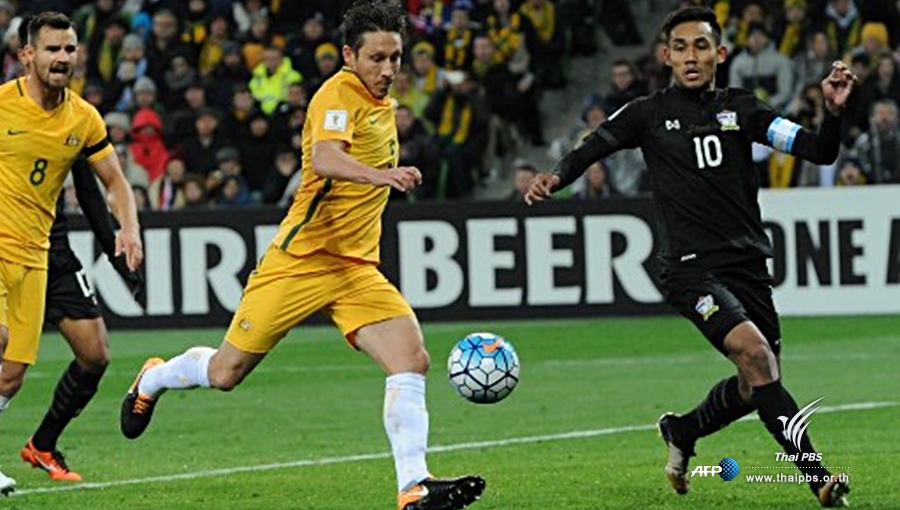 The Thai National team has missed out yet again on World cup qualification after a narrow 2-1 defeat to Australia on September 5th.

The match took place in Melbourne, Australia, with nothing but a win needed for Thailand if they were hang on to their slim chances of qualifying for Russia 2018.

Australia dominated the first half with the team having many chances of scoring, but Milovan Rajevac’s team put up strong defence by adopting the 3-4-3 formation with Theerathon Bunmathan playing mid-fielder while Chanathip Songkrasin and Teerasil Dangda spearheading the charge.

The first half was scoreless, but the Australian team’s effort paid off in the second half with a header into the net by Tomie Urich at the 69th minute.

Pokklaw Anan equalized in the 82nd minute with a beautiful curl into the net from the penalty box.  But just four minutes before the end of the match, Matthew Leckie scored the winning goal that put Australia 2-1 against Thailand.

As a result of this match, Australia now has 19 points, putting in the second ranking of the Asian Zone.

Australia will win a ticket to World Cup’s final in Russia if Saudi Arabia fails to win over Japan in another match due at 12.30 am tonight.