A Spiderman copycat put his powers to good use yesterday when he ran to the rescue of an injured motorcyclists after he had been hit by a car.

CCTV footage caught the unexpected event yesterday when a man dressed as “Spider-Man” came to rescue a motorcyclist injured in a car accident in eastern Phetburi province.

In CCTV footage that captured an accident at the junction yesterday morning, a white pickup truck is seen rear-ending a motorcyclist, who cuts into their lane, causing the motorcycle to flip and its driver to bounce off the truck.

Seconds later, Wasan, in his Spider-Man costume, is seen running towards the injured motorcyclist to check on him while still holding his flowers.

The CCTV coverage has since gone viral across most of Thailand, quickly racking up hundreds of thousands of views and has even appeared on the main news programs on Thai TV channels.

Many netizens made comments to thanking Spidey for saving us once again.

In an interview with Thairath earlier this year, Wason said that he was formerly a Likay, or folk theater performer, before turning to a flower-man who cosplays as a gimmick.

Some people commented they’ve seen Wason selling his flowers in other outfits, such as Iron Man or a Minion, we can only assume that must be laundry day for his spider suit. 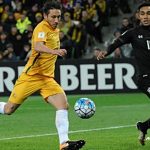