A toxic herbicide linked to Parkinson’s disease was approved by officials Thursday for use in Thai agriculture for at least two more years despite health concerns.

Paraquat is among three controversial chemicals that will still be permitted for agricultural use, the Hazardous Substance Committee announced Thursday to the disappointment of advocates calling for its ban. The other two are glyphosate and chlorpyrifos.

The use of the three herbicides and pesticides will be allowed for six crops: rubber, cassava, maize, sugar cane and fruit trees.

The decision passed with 16 votes in favor and five against. There were five abstentions.

On Thursday anti-paraquat organizations such as the Thai Pesticide Alert Network (Thai-PAN) and Biothai Foundation protested outside the Ministry of Industry. One farmer showed reporters lacerations on his leg he said resulted from exposure to paraquat.

After the committee announced its decision, Thai-PAN issued a statement saying its members were “disappointed and saddened” by the decision.

“[We’ll] apply for consideration again in two years,” the statement read. “Such a decision shows indifference toward the strong academic evidence and demands from several organizations.”

Paraquat is the main ingredient in Swiss-based Syngenta AG’s Gramoxone – one of the world’s three most widely-used weed killers – but is also sold under other brand names.

It is banned in nearly 50 countries including all of Europe, which banned it in July 2007.

Syngenta says paraquat is “safe and effective … when used as directed on the label.”

A 2011 study by the US National Institutes of Health found a link between the chemical and Parkinson’s disease in farm workers.

522 FOREIGNERS GOT X-RAY OUTLAWED SO FAR THIS MONTH 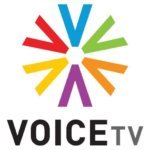