Home » 522 FOREIGNERS GOT X-RAY OUTLAWED SO FAR THIS MONTH 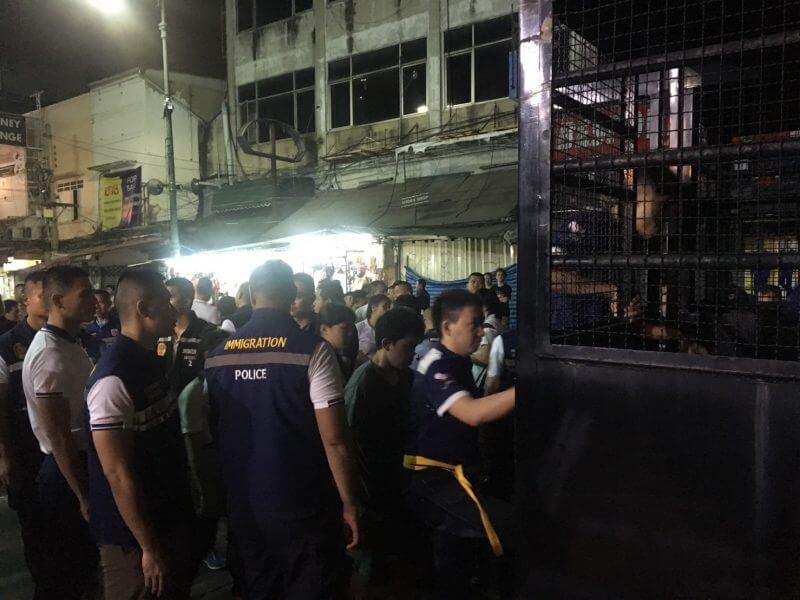 Police arrested more than 500 people in their sweep of foreigners violating immigration law this month.

At 1am this morning, Immigration deputy police chief Maj. Gen. Itthipol Itthisaronnachai invited the media to the Chana Songkhram Police Station on Khaosan Road where he displayed some of the 522 foreigners arrested in the past month.

Many of the arrests were made at hotels, hostels and other lodgings between Chinese New Year and Valentine’s Day, Itthipol said.

The raids were part of Operation X-Ray Outlaw Foreigner, an ongoing operation credited with taking nearly 7,000 foreign nationals off the streets since 2017. It was spearheaded by now-Immigration Bureau Police Commander Lt. Gen. Surachate “Big Joke” Hakparn.

Only 15 were arrested for overstaying their visas, while 287 were arrested for having entered the country illegally. The latter group included nationals from Myanmar (143), Laos (102), Cambodia (38), India (3) and Bangladesh (1).

The remaining 220 were arrested for various other suspected offenses. They included 87 Thais, 79 Burmese, 31 Cambodians, seven Chinese, five Laotians, three Vietnamese, three Turks, and one person each from Israel, India, the Philippines and Iraq. One stateless person was also arrested.