Two Thai sex workers, allegedly enslaved by the woman they lived with, were in an “economic relationship” similar to a person with a mortgage, a jury has been told.

The women came to Sydney to do sex work and lived with Rungnapha “Lisa” Kanbut at her home in 2004 and 2005 respectively.

Both alleged victims told a NSW District Court jury Kanbut took their passports which weren’t returned until they’d each paid off a debt of $45,000.

Kanbut, 57, has pleaded not guilty to two counts each of intentionally possessing a slave, exercising powers of ownership over a slave and dealing with the proceeds of crime.

Her barrister, Jeffrey Clarke, on Monday said the women actively sought out someone to send them to Australia.

They found an “agent” in Thailand who helped them get to Sydney and begin brothel work, he said.

“The world is a very unforgiving place sometimes,” Mr Clarke told the jury in his closing submissions.

“Sometimes people harden up. They’re not slaves. They made these decisions.”

Mr Clarke argued their choices to come to Australia and do sex work do not make his client a slave owner.

Crown prosecutor Peter Neil SC, in his closing submissions, said the first sex worker wasn’t familiar with Sydney, had little money of her own and couldn’t speak English.

“She said (Kanbut) said to her ‘Don’t think about running away because there’s nowhere for you to run’,” he said.

The first complainant testified naked photos of her were security that would be “put up to shame” her if she fled.

“Just because you accept your fate because there is no alternative doesn’t mean you consent to it,” Mr Neil said.

But Mr Clarke argued it was an “economic relationship” and the debt they incurred was similar to his mortgage.

One of the women, who had previously travelled to other countries in a similar fashion, understood there was “nothing for free”.

“She was fully willing and invested in this process,” he said.

“The idea she arrived as a slave is laughable.”

He said one woman, while she worked for Kanbut, spent time with boyfriends, stayed in hotels, went to the zoo and went out dancing.

“It must be part-time slavery that you can book in and book out of,” Mr Clarke said.

Mr Clarke said there was no evidence his client paid the Thai agent for the women or communicated with him.

When immigration authorities eventually confronted the sex workers, one woman realised she had to tell police what they wanted to hear to stay in Australia, Mr Clarke said.

“She’s struck gold this girl,” he said, noting she was granted a bridging visa after meeting with police.

“All she’s got to do is help the authorities. This is a permanent position.” The trial continues 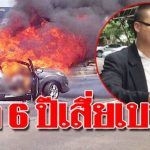 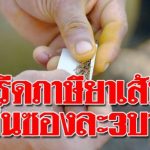