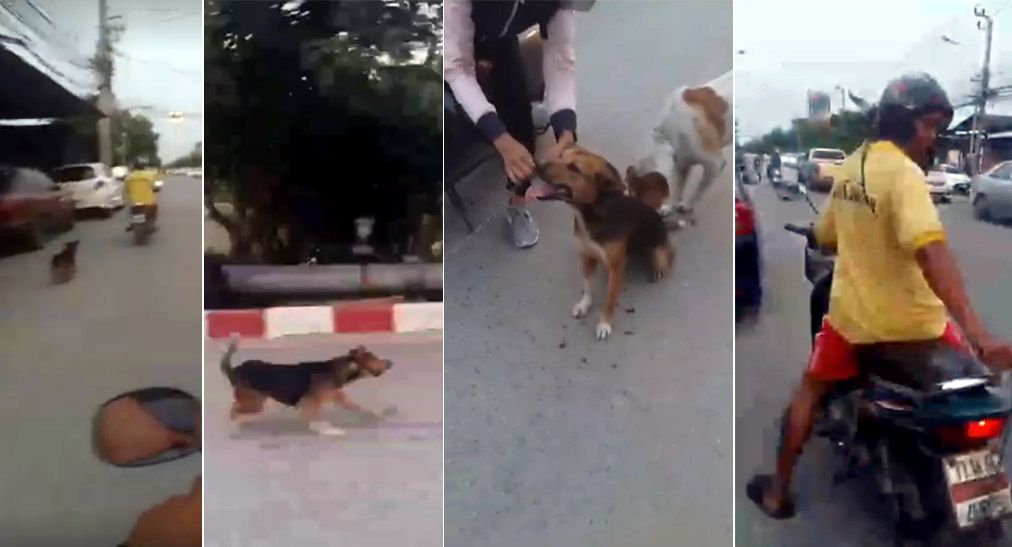 A Thai man with mental disorder has been arrested by police in Bangkok after a clip emerged on Facebook showing him dragging a helpless dog behind his motorbike.

Incredibly, police believe the man will escape any charges as his family claim that he has a mental disorder and under Thai law, this will excuse him for any wrong doing.

The incident on Thursday morning was recorded and posted on a Facebook wall, leading to condemnation of the man who was later identified by police as Somchai Parnbutr, 50. 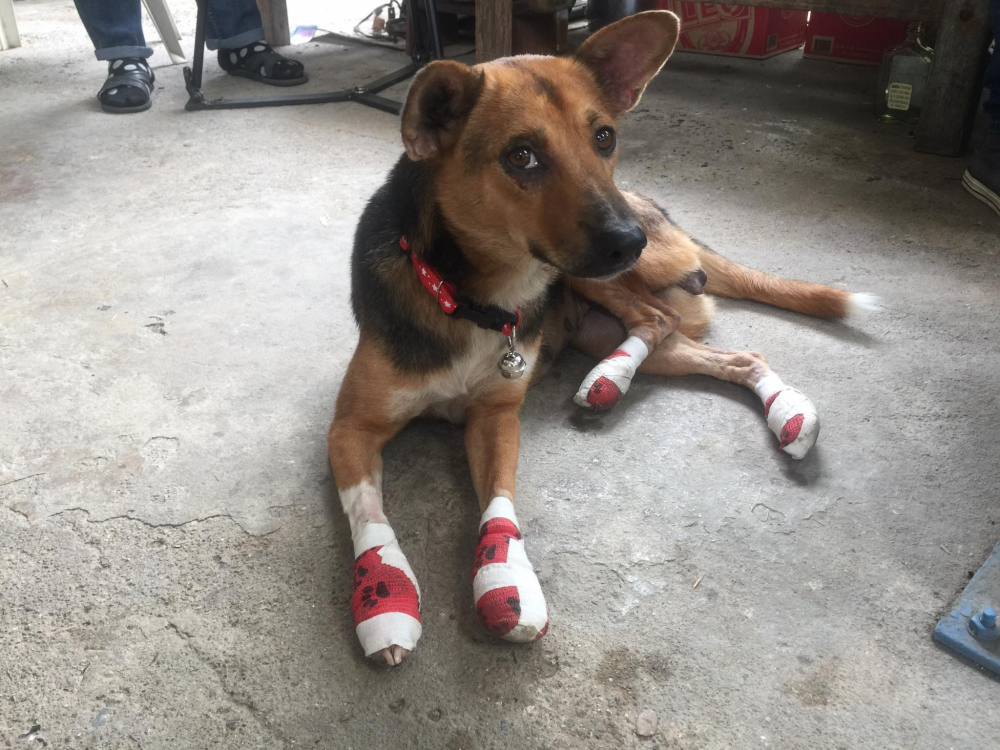 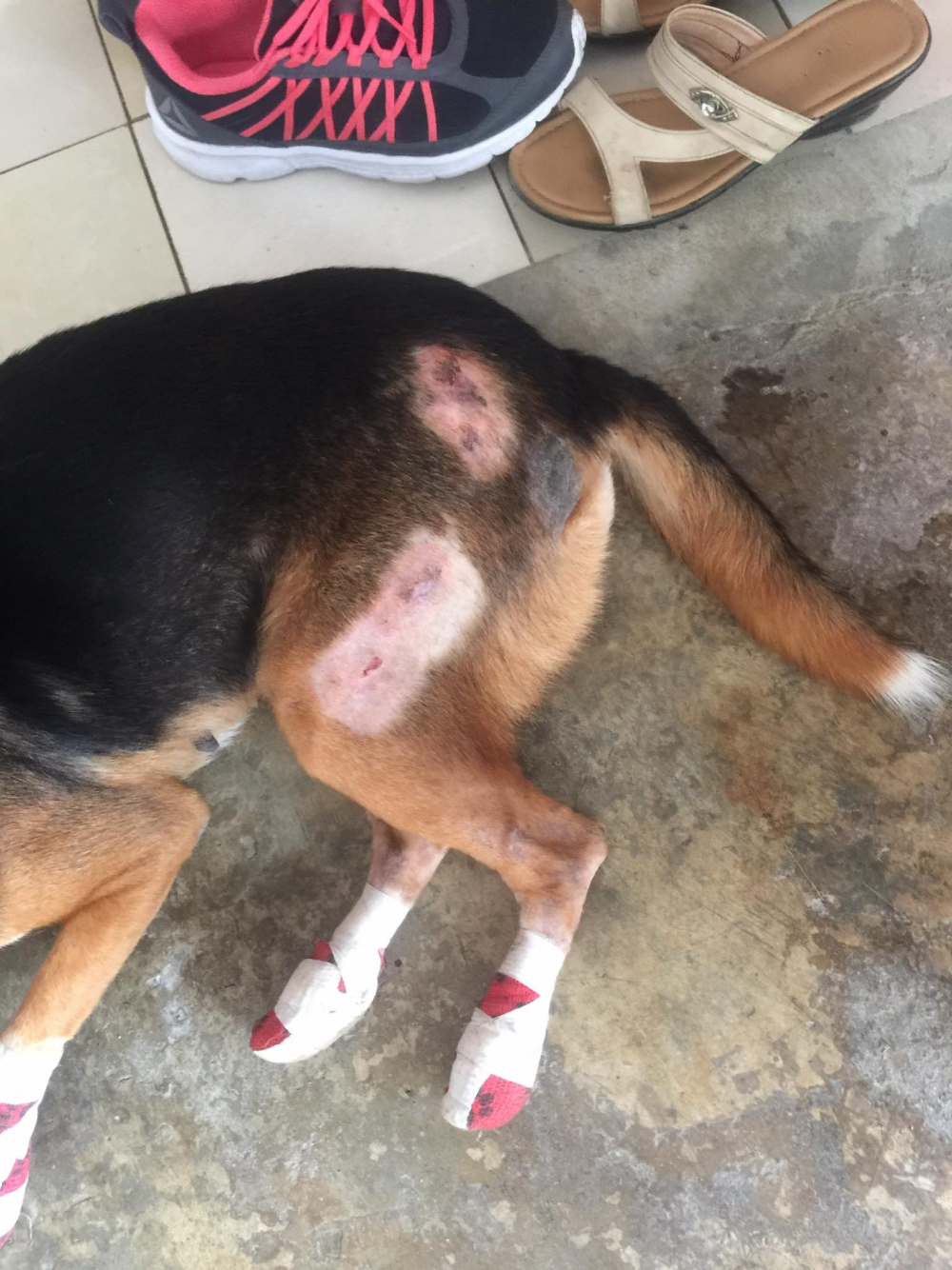 He was seen in the clip riding his motorcycle fast, with which the dog was unable to keep pace. It ended up being dragged, looking exhausted, foaming at the mouth and having bloody feet.

The person who posted the Facebook clip said he rode his motorcycle to block the man, so he let go the dog and fled. The alleged culprit was arrested by police shortly afterwards.

Pol Colonel Thanakorn Konkaew, chief of the Saimai Police Station, said the man appeared confused and could not testify. His family said he was a psychiatric patient and they would show police his hospital ID card later.

The man told police he was told to take the dog and abandon it elsewhere.

Thanakorn said the dog had been taken away from its current house twice but it had always returned. This time, it was admitted to an animal hospital and a family in the neighbourhood has offered to adopt it, the police chief added. 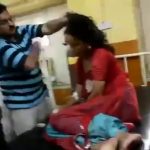