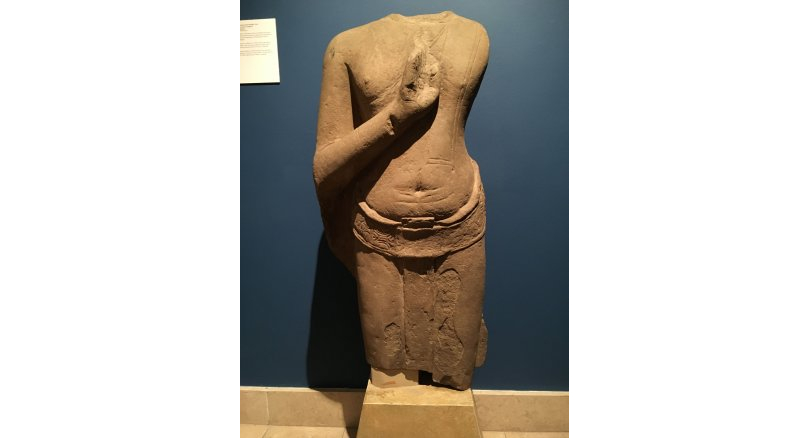 Thailand’s ambassador to the UK has been instructed to contact the director of University of London’s School of Oriental and African Studies (SOAS) over claims the prestigious institution possesses a 13th-century sculpture likely smuggled from Thailand, the Foreign Ministry announced on Thursday.

“The Foreign Ministry is now in the process of examining the case,” said Busadee Santipitaks, Director General of the Department of Information and Foreign Ministry spokesperson. “The ministry has assigned Thai Ambassador to the UK Pisanu Suvanajata to contact SOAS director Baroness Valerie Amos.”

The move came after Thai media this week revealed that SOAS scholar Angela Chiu had accused her school of accepting the one-metre-tall Buddha statue that stands at the entrance to its Brunei Gallery. It was gifted to the SOAS by American alumni Mary and Paul Slawson who reportedly bought it minus documents attesting to its provenance some 30 years ago. On its website, the SOAS describes the statue as “a delightful 13th-century Lopburi Buddha torso of Thai origin”. It has denied any wrongdoing in accepting the sculpture.

Busadee added that Thai embassy officials in London had also met with John Hollingworth, head of Galleries and Exhibitions at SOAS. “He informed them that his team had checked with the International Council of Museums and found that the artefact is not on the ICOMs Red Lists of lost or vulnerable artworks.”

The SOAS is preparing documents and information on the statue for presentation to the Thai Embassy in London.

“The Foreign Ministry will report again to the Culture Ministry’s Fine Art Department if and when we receive more information on this issue,” Busadee said.